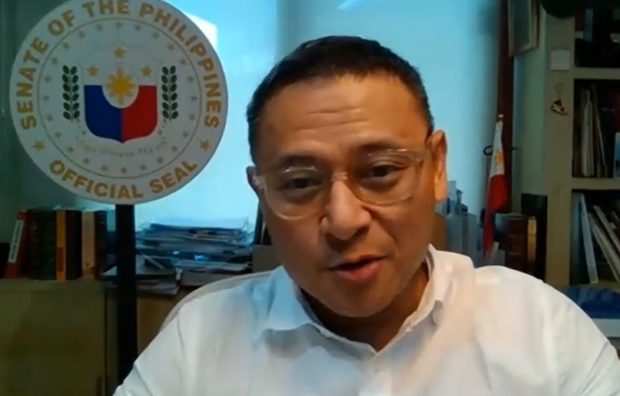 MANILA, Philippines — House lawmakers should set aside leadership disputes and give priority to the timely passage of the country’s national budget for next year, Senator Sonny Angara said Wednesday.

As the speakership row heats up in the lower chamber, three lawmakers were removed as committee chairpersons.

On Tuesday, House Speaker Alan Peter Cayetano abruptly suspended the session until November 16 after the unexpected second reading approval of House Bill No. 7727 or the General Appropriations Bill (GAB), which contains the proposed national budget for 2021.

This, ahead of the anticipated speakership showdown between Cayetano and Marinduque Rep. Lord Allan Velasco on October 14.

With the lower chamber suspending its session until November 16 and the spending bill only approved on second reading, the budget bill will not reach the Senate before it goes on break on October 17.

“Kinakabahan ang mga senador kasi there will be a lot of pressure, time pressure with the budget and we know the importance of this and kami naman, willing to adjust,” Angara said.

If Congress fails to pass the budget before the 2020 General Appropriations Act expires on December 31 this year, the national government would have to operate under the re-enacted budget in 2021.