42 NPC solons to follow Duterte on who would be Speaker, says Sotto 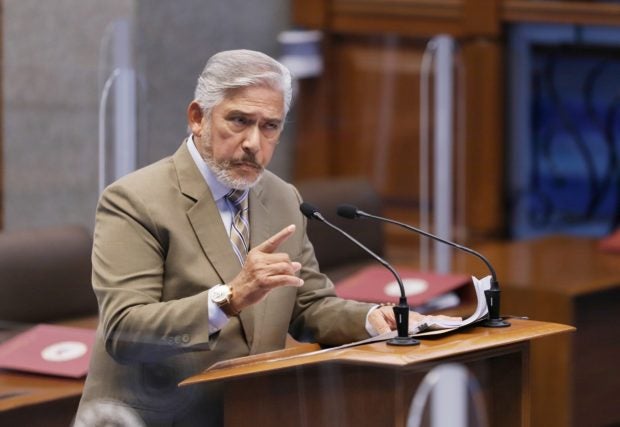 Sotto is acting chair  of NPC with  42 members  in the lower chamber.

“[We’ll] follow the President,” the Senate leader said in a text message when asked about the NPC’s stand on the speakership row between incumbent Speaker Alan Peter Cayetano and  Marinduque Rep. Lord Allan Velasco.

And if Duterte, chair of the ruling Partido Demokratiko Pilipino–Lakas ng Bayan (PDP-Laban), asks to vote for his partymate Velasco, then the NPC would do so.

“If the President says so,” Sotto pointed out.

Sotto said the party will meet this Wednesday noon to brief him on the issues in the House.

Cayetano abruptly suspended the session on Tuesday, ahead of the  anticipated  speakership showdown with Velasco on October 14.

The House will resume its session on November 16.