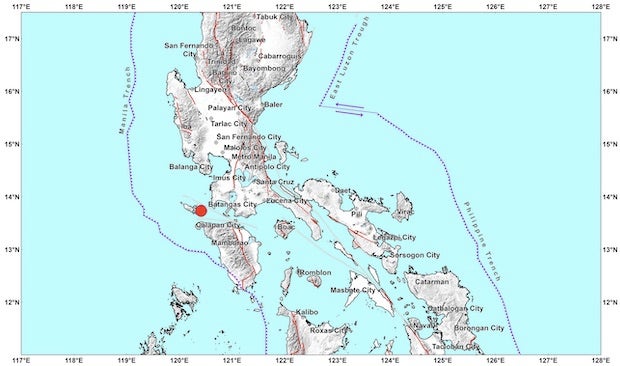 MANILA, Philippines — A magnitude 5.6 earthquake struck off the coast of Occidental Mindoro at 2: 16 a.m. on Monday, according to the Philippine Institute of Volcanology and Seismology.

The epicenter was located 31 kilometers southeast of Looc at a depth of 121 kilometers.

Intensities were recorded in the following areas: