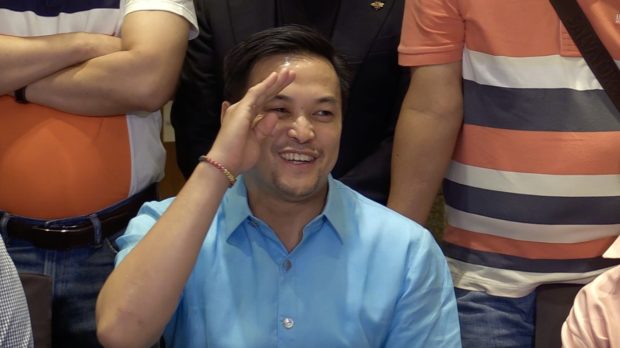 MANILA, Philippines — As the speakership row continues to heat up in the House of Representatives, Deputy Speaker and 1-PACMAN Rep. Mikee Romero, a reported ally of Marinduque Rep. Lord Allan Velasco, was removed from his post.

With no objections, the motion was approved by presiding Deputy Speaker Raneo Abu.

The move to replace Romero happened only hours after Castro challenged his colleagues who cannot cooperate with the leadership of Cayetano to resign.

“Dahil mahilig din naman sila manawagan sa palabra de honor, panindigan na nila ito (Since they are fond of invoking palabra de honor, they should stand by it themselves). Resign your leadership positions and let those who are willing to help and cooperate takeover,” Castro said.

“There is no shame in admitting defeat at the hands of the better foe but it is not fitting to be part of the team while betraying your colleagues and undermining the efforts of Congress,” he added.

The move to remove Romero from the post, however, did not sit well with some party-list lawmakers. Romero serves as the president of the party-list bloc in the lower chamber.

Puwersa ng Bayaning Atleta (PBA) Rep. Jericho Nograles said that the move was “an affront against the Party-list Coalition.”

“The removal of Deputy Speaker Mikee Romero is an affront against the Party-list Coalition. I shall withhold any further statements regarding this matter in deference to the Coalition,” Nograles told reporters.

This was echoed by AAMBIS-OWA Rep. Sharon Garin.

“Removing Mikee as deputy speaker, who is our president, no less, is an affront to our coalition and an insult to everything we have worked for as a bloc,” Garin said.

“This is not the statement of PCFi but mine alone, as one of the many who originally fought hard and long to give party-list representation in Congress integrity and strength,” the lawmaker added.

To recall, on Tuesday night, news broke out that Velasco will take over at the helm of the House starting October 14, true to his term-sharing agreement with Cayetano.

This was immediately followed by Cayetano delivering a privilege speech on Tuesday where he offered to resign. The Speaker’s attempt to resign, however, was rejected by the majority of House members.

Under the agreement, Cayetano would serve as House Speaker in the first 15 months of the 18th Congress while Velasco will succeed to serve for the remaining 21 months under a term-sharing agreement.