WATCH: Runaway dog reunites with owner in Taguig after 3 months

A runaway dog that went missing for three months has been found safe and has finally reunited with its owner after wandering miles away from his home in Taguig City.

On Facebook, Rustico Samson Jr. shared a video of his emotional reunion with his beloved 3-year-old pet dog named “Coco,” which was found at a Taguig shopping mall’s newly constructed parking lot on Wednesday, Sept. 30.

In the video, Coco can be seen running toward its owner and whining with joy like a child separated from his parent for a long time.

Samson said the dog had been missing for nearly three months since June after it was able to get out of their home in Barangay Santa Ana.

(Coco went missing last June. He followed my older brother who was going to work the night he disappeared. Coco always sleeps at my brother’s house or when he is not home, Coco watches over my brother’s apartment, which is situated just beside my house.)

(Maybe what happened was, since my brother was riding a bike that night, Coco chased after him and maybe he got stuck because there were a lot of dogs he would pass by on the way home. Probably he got trapped or quarreled with other dogs that was why he was not able to follow my brother.)

According to Samson, his cousin took a video of a dog he had seen outside the shopping mall on Wednesday and showed it to him when his cousin got home, but Samson said he was not sure at first that the dog on the video was Coco.

Upon seeing the dog on his cousin’s video, Samson said it never left his mind as it really looked like his dog Coco, so he immediately went to the place where it was last seen. He was also concerned about Coco’s condition as its thighs and arms were swollen due to wounds and mange on its body. 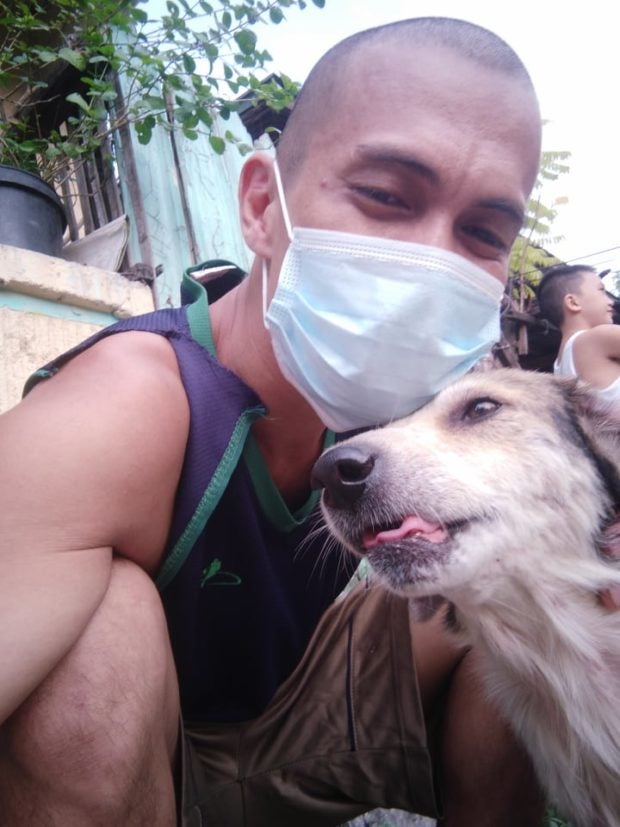 Netizens who were touched by Samson’s video urged him to bring Coco to the veterinarian, but Samson said he did not have enough money yet to bring the dog to the vet as he has not had a job for almost six weeks now and only his wife earns a living for their family.

Samson works as a painter, but his job has been affected by the threat of the coronavirus pandemic as well as the imposed lockdown in their area.

Meanwhile, some concerned netizens have also extended their help for Samson and for his dog Coco. Samson also hopes to inspire other pet owners and treat them like their own children, “I hope other people with pets will be inspired and remember that they should appreciate their pets. They are just like babies who need enough parental love.”

His inspiring reunion story with Coco has caught the hearts of netizens and gained over 71,000 reactions, 5,400 comments and over 26,000 shares as of this writing.  /ra

Carla Abellana bats for responsible pet care: ‘A pet is a commitment’