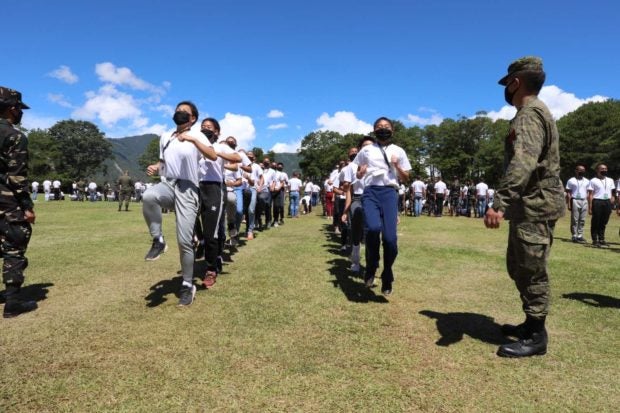 The Philippine Military Academy has been locked down since February to spare its cadets from the coronavirus disease. All cadets and employees follow strict protocols like wearing masks, as they continue with their classes and training. PHOTO COURTESY OF PMA

BAGUIO CITY, Benguet, Philippines — The Air Force man who killed a colleague, injured a second soldier before shooting himself inside the Philippine Military Academy on Tuesday, Sept. 29, died while undergoing treatment on Wednesday afternoon, Sept. 30.

Lim had been exhibiting unusual behavior days before he allegedly ransacked a military locker to obtain an automatic weapon and tge opened fire at the academy’s B-1022 EP barracks, according to Col. Allen Rae Co, Baguio City police director.

He killed Air Force Staff Sgt. Joefrey Turqueza and wounded Army Staff Sgt. Vivencio Raton, who grappled with him. Lim was reported shot during the melee but PMA says his wound may have been self-inflicted.

The initial police report tagged the shooting incident as a “misunderstanding and a heated argument.”

The barracks was far from the PMA residential quarters so the cadets and families living inside the military school were not in immediate danger at the time, officials there said.

PMA has been locked down since February to prevent the spread of the coronavirus disease. Many of its teachers have been working from home.

Tindog said PMA has taken steps to provide psychiatric counseling and therapy to both cadets and employees, who have spent six months under a hard quarantine.