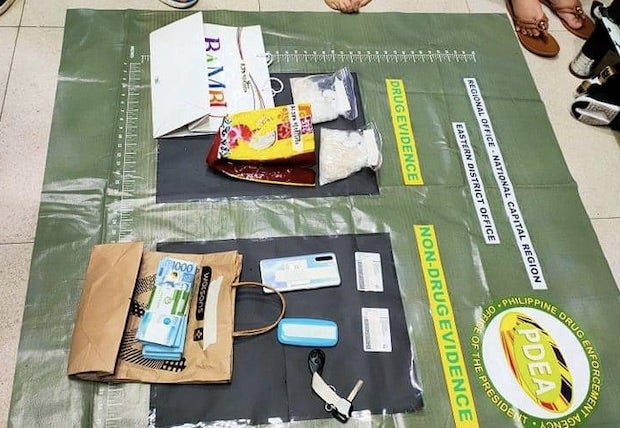 The times seized from the suspects in PDEA’s Tuesday night drug bust in Pasig. (Photo from PDEA)

MANILA, Philippines — Two women were arrested and around 500 grams of suspected crystal meth or shabu were seized in a buy-bust operation in Barangay Rosario, Pasig City, the Philippine Drug Enforcement Agency (PDEA) said on Wednesday.

Agents of the PDEA National Capital Region office conducted the operation late Tuesday night on C. Raymundo Avenue where they arrested the suspects, identified as Riza Daluma, 36, of Barangay Rosario, and Laarnie Aboy, 47, of Barangay Paligsahan in Quezon City.

The shabu, estimated to be worth P3.4 million, was seized from the two suspects, along with two cellular phones, driver’s licenses, and a black Honda City.

The marked money used by PDEA agents and other boodle money were also recovered from the two. Both suspects may face charges for violating sections of the Comprehensive Dangerous Drugs Act of 2020.