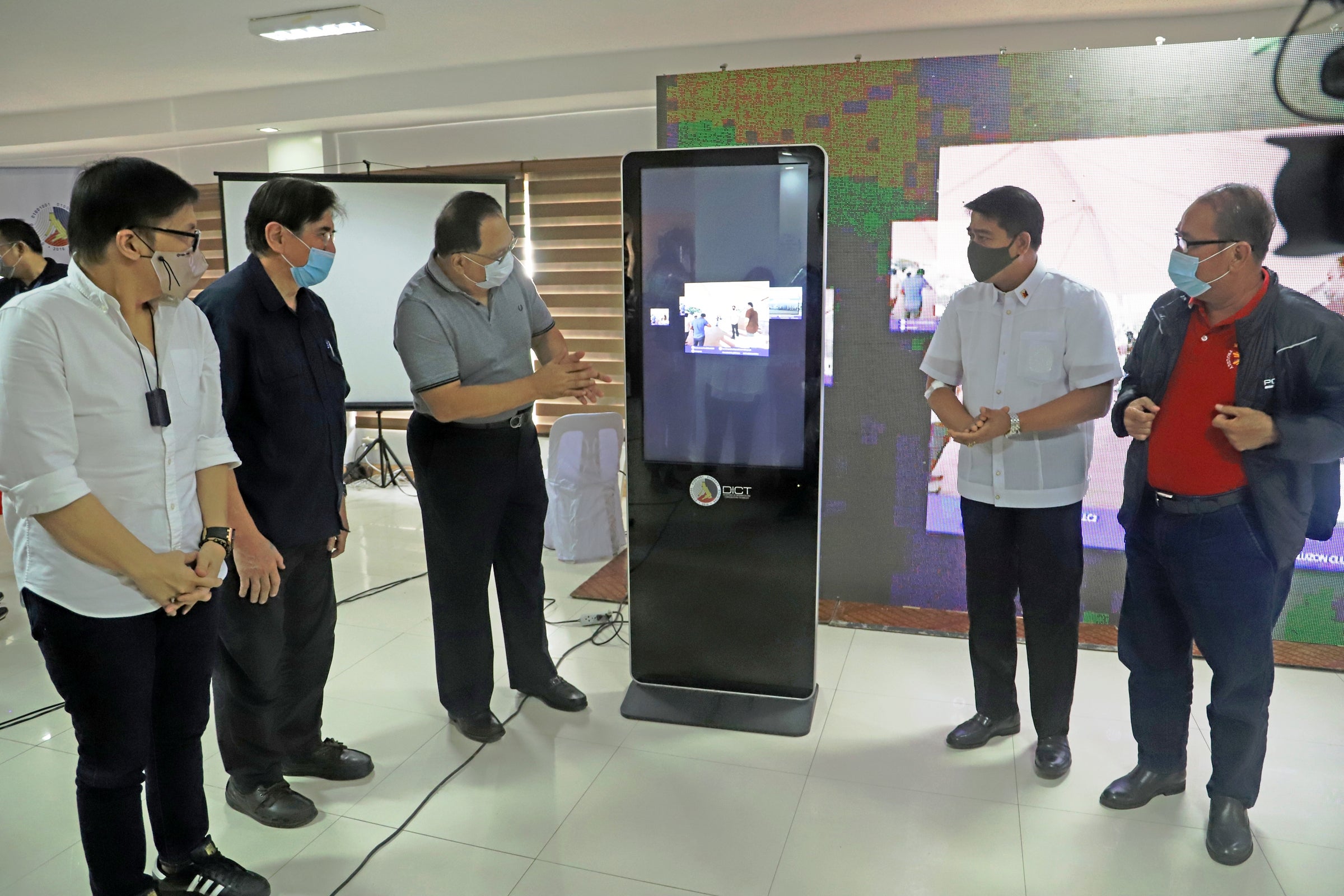 Officials of the Department of Information and Communications Technology (DICT) and Zambales province launch a free Wi-Fi program in Iba, Zambales on Tuesday (Sept. 29). The occasion was led by DICT Secretary Gregorio Honasan (second from left) and Gov. Hermogenes Ebdane (third from left). CONTRIBUTED PHOTO

IBA, ZAMBALES—Digital connectivity has now been made easier in several public areas in the province after the free Wi-Fi program of the Department of Information and Communications Technology (DICT) was launched here on Tuesday (Sept. 29).

“We are a step ahead in Zambales in terms of the Free Wi-Fi program, which DICT has been tasked to provide at no charge in selected public places,” Honosan said during the launch at the Balin Sambali community center here.

The activated access sites included four locations at the Zambales capitol building; five at the President Ramon Magsaysay Memorial Hospital; and four sites each at the San Marcelino District Hospital and the Candelaria District Hospital.

Free Wi-Fi has also been made available in the Polytechnic College of Botolan; Philippine Merchant Marine Academy in San Narciso; Kolehiyo ng Subic; and the seven campuses of the President Ramon Magsaysay State University in the towns of Iba, Castillejos, San Marcelino, Botolan, Masinloc, Candelaria, and Sta. Cruz.

Gov. Hermogenes Ebdane Jr. said the program will be a “great equalizer” for residents as this “will give them a chance to keep up with developments in the digital world.”

“Better internet connection is highly needed at present in various spheres: education, socio-economic, and communication. We have to adapt and not resist,” Ebdane said.