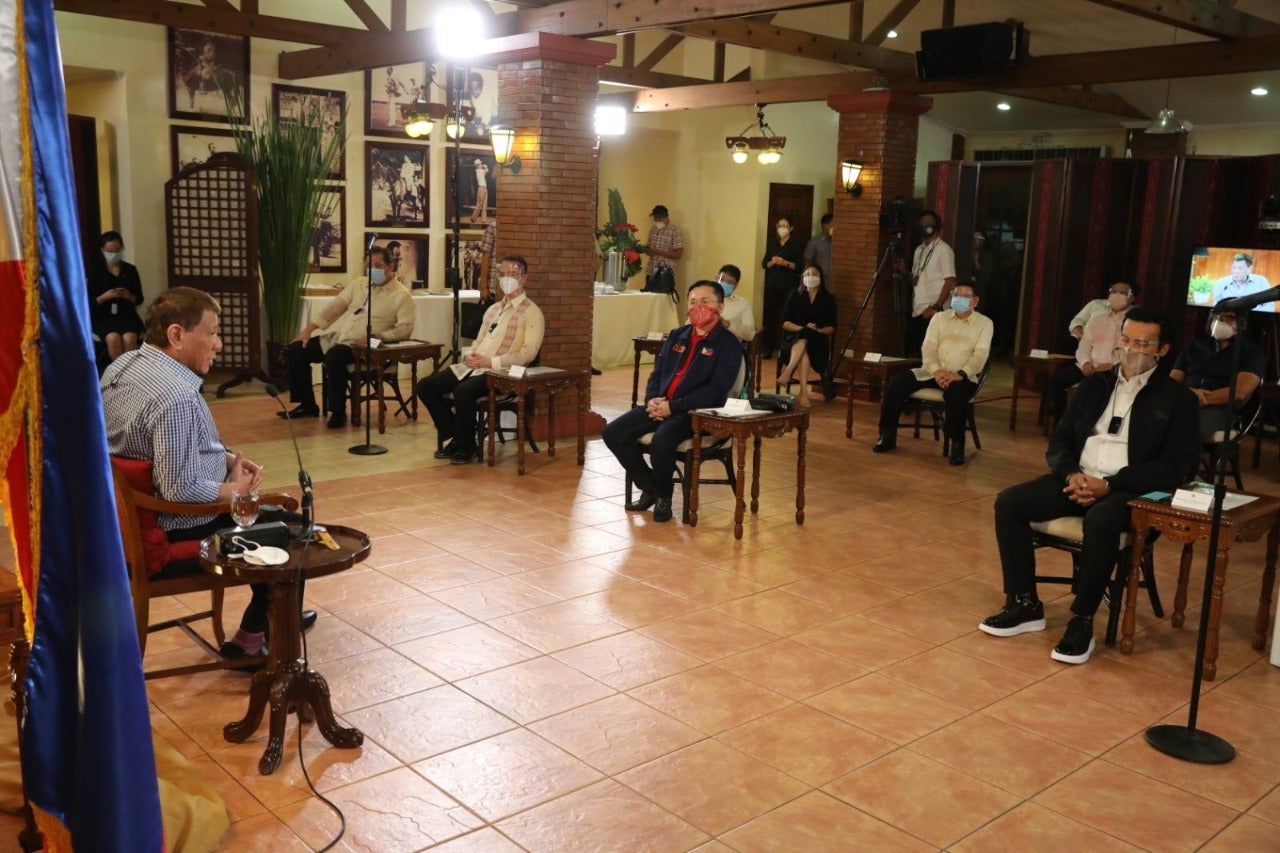 MANILA, Philippines — President Rodrigo Duterte intervened anew in the House speakership row as head of the ruling party, Malacañang said Wednesday amid criticisms of the Chief Executive’s hand in matters of the lower chamber.

On Tuesday night, the President met with Speaker Alan Peter Cayetano and Marinduque Rep. Lord Allan Velasco as speakership issues linger in the House of Representatives.

“Well, he intervened because he is the party chair of PDP-Laban [Partido Demokratiko Pilipino–Lakas ng Bayan] and allied forces. And he facilitated an agreement of sorts of the two contenders,”  presidential spokesperson Harry Roque said in an interview over ABS-CBN News Channel.

“But that’s really not a function of the President per se. He did it as party head,” he added.

Despite the President’s move, Roque distanced from issuing any pronouncement on what was settled during the meeting.

“I myself am surprised why there has not been any pronouncement from Congress. It would be awkward if the announcement on the leadership of the House would come from the Palace,” Roque said.

“There was an agreement that Speaker Cayetano will do the announcement,” he added

Multiple sources said Velasco will take over as House Speaker on October 14.

Duterte previously endorsed a term-sharing between Cayetano and Velasco for the House speakership.