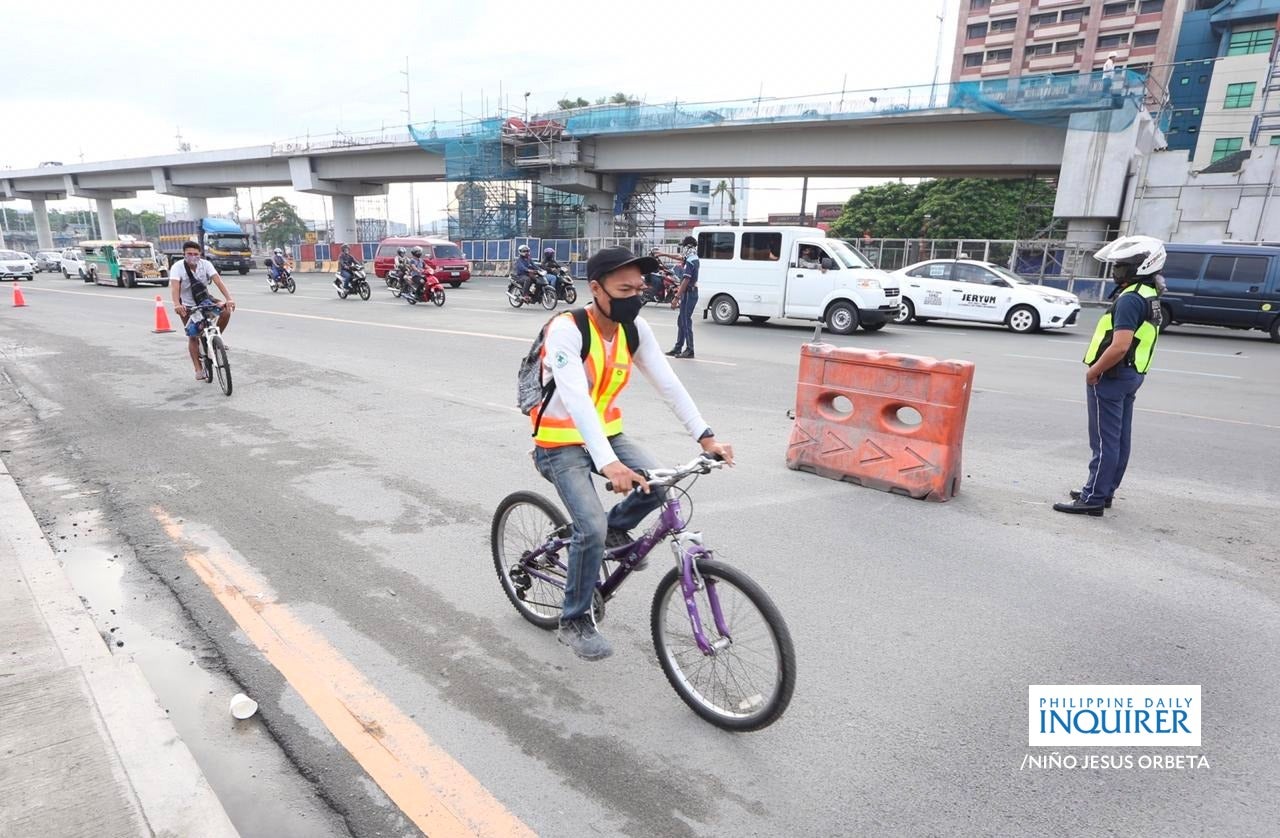 LOOK: Bikers pass through a special lane for riders along Commonwealth Avenue in Quezon City, during a 3-day road sharing exercise implemented by the MMDA on Saturday, June 27, in an effort to help workers commuting to work with limited public transportation now seen as the new normal. Niño Jesus Orbeta/Philippine Daily Inquirer

MANILA, Philippines — The Quezon City government on Wednesday imposed higher fines on cyclists who are not wearing helmets while on city roads.

In a statement, the Quezon City Public Information Office (PIO) said Mayor Joy Belmonte signed City Ordinance No. SP-2942 that imposes fines ranging from P1,000 up to P5,000 fines on cyclists not wearing helmets while passing through the city.

The QC PIO added that while the wearing of helmets is already required under the Road Safety Ordinance, the city government crafted a new ordinance to ensure the protection of cyclists.

Under the Road Safety Ordinance, those who will fail to wear bike helmets will pay a fine of P500 up to P2,000.

In the same statement, Belmonte said helmets are needed for safety especially as biking is already part of the “new normal.”

(Now that biking is part of the new normal, we would like to secure this activity for those passing QC streets.)

(Wearing of helmets is needed to ensure better traveling for bikers as well as to ensure that they will be safe until they reach their point of destination.)

According to the QC PIO, the QC Department of Public Order and Safety was tasked to strictly implement the ordinance.

Last June this year, the city government launched the first phase of its bike lane project which included the repair of existing bike lanes and the establishment of traffic separation devices.