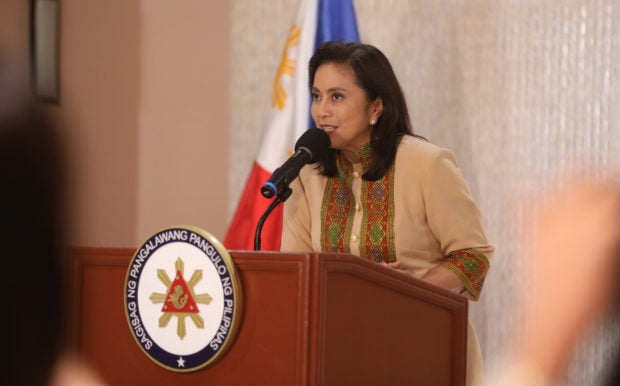 MANILA, Philippines — Senators on Wednesday pushed to restore the slashed P44 million in the proposed budget of the Office of the Vice President (OVP) for 2021.

During the Senate panel hearing on the OVP’s 2021 budget, Vice President Leni Robredo revealed that her office has an original budget proposal of P723 million for 2021, however, only P679 was approved by the Department of Budget and Management.

(We are asking to restore the budget cut.)

Drilon asked Robredo to submit to the Senate panel the list of the items that were deleted in the original budget of the OVP.

“I’d like to say that the committee will consider this favorably at the proper time when we tackle the amendments but this early I think it’s clear that the support will be overwhelming for the increase in the OVP,” Senate finance chairperson Sonny Angara said during the hearing.

The Senate panel approved the budget of the OVP upon the motion of Revilla.