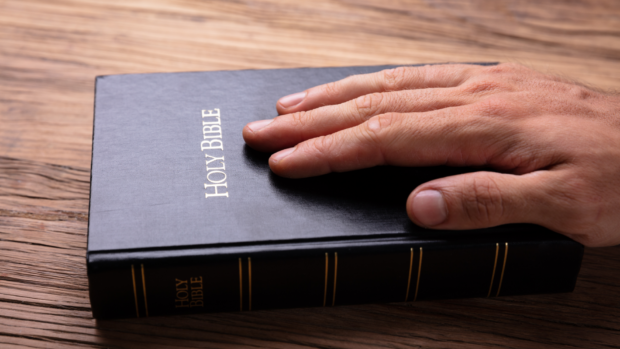 A burglary suspect was arrested after striking a policeman in the face with a Bible near his home in Florida, United States.

Authorities arrived at Robert Otis Hoskins’ residence on Sept. 22 after receiving a 911 call from his neighbor about a burglary, as per The Smoking Gun yesterday, Sept. 28.

As one officer began questioning Hoskins, the suspect started shouting and approached the policeman while holding a Bible. Hoskins then threw the religious book which hit the policeman’s face and jaw.

Another officer also noted that Hoskins “stated something like ‘I condemn you’” when he hurled the book.

The policemen eventually managed to handcuff Hoskins after tasing him, according to the report. Following the altercation, Hoskins pooped on himself before being booked into a nearby jail.

Hoskins later told authorities that God had told him to break into his neighbor’s home to free the latter’s juvenile daughter. However, his wife explained that Hoskins has a “drug problem.”