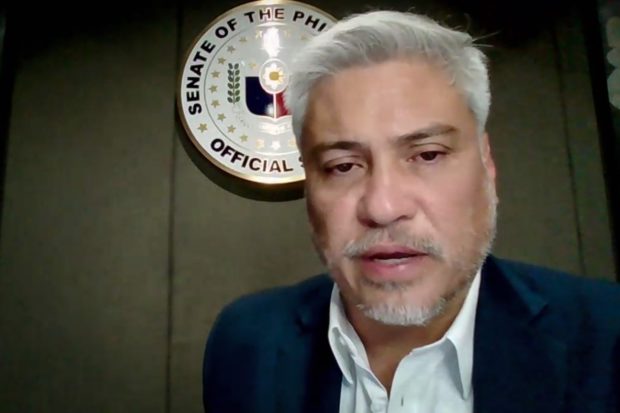 MANILA, Philippines — The Anti-Red Tape Authority (ARTA) should have more personnel to better implement and oversee the national policy on the ease of doing business and eliminate the bureaucratic red tape in the country, Senate Majority Leader Juan Miguel Zubiri said Tuesday.

Zubiri said ARTA cannot be solely blamed for the lack of proper implementation of the Republic Act No. 11032 or the Ease of Doing Business and Efficient Government Service Delivery Act of 2018, due to its lack of sufficient manpower.

“Sometimes we cannot also blame ARTA because for example, if we are serious about corruption, then we should increase their personnel. Unfortunately, their budget was slashed by 40 percent,” he said during the hearing on Senate Bill No. 1844 that seeks to authorize the President to expedite the issuance of national and local permits, licenses, and certificates during times of national emergencies.

Zubiri noted that ARTA has only less than 200 personnel and four lawyers.

“We cannot just ask these people to go to war kung ang ibibigay mo sa kanila ay paltik, kasi talagang suicide ang mission [if you would just give them paltik–a low-caliber gun–because that would be a suicide mission]. We have to also strengthen the watchdog and to make sure that they have the proper ammunition to fight this corruption,” he added.

The senator also aired frustration on why RA 11032, ARTA’s enabling law which he sponsored and authored in the Senate, “has not been very fruitful” since its passage in 2018. He noted, however, that the implementing rules and regulations for the law were not immediately released.

“The question is what happened along the way? I can only surmise that the law is at the very least not being implemented properly, or our public servants in the bureaucracy has become calloused to the plight of the public and insist on doing things the old, slow, and bureaucratic ways, or are not afraid of the penalties that may befall them under RA 11032, or maybe a combination of all these things,” he said.

Zubiri added that there could also be a communication problem with the Filipinos on informing them that there is such a law meant to protect them against delays in issuance of permits and licenses and against corruption in securing these documents.

He said there could likewise be a communication problem between ARTA and President Rodrigo Duterte.

“You have to explain to the President the powers already included in the law, that is of course violations of the law. And maybe you can explain to him what you have done in the meantime so that this law could be properly implemented,” said Zubiri.

On Monday, Duterte revealed he had offered to resign as President due to persisting corruption in the government.

Previously, ARTA Director General Jeremiah Belgica also said ARTA wants government agencies to be required to implement its recommendations on how to streamline processes, or else have their officials face suspension or even imprisonment.