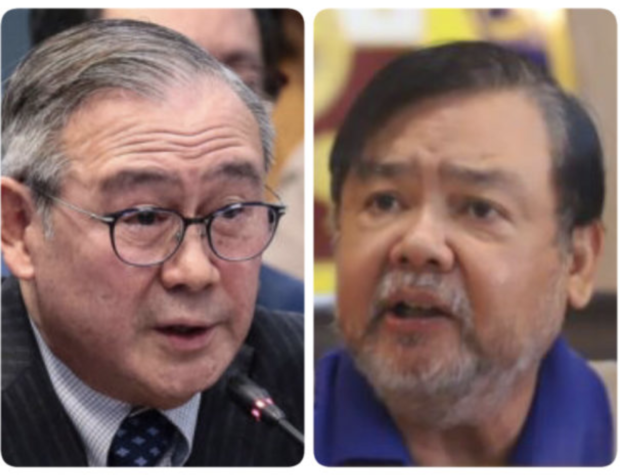 ILOILO CITY—Pulling no punches, Iloilo City Mayor Jerry Treñas on Monday demanded an apology from Foreign Affairs Secretary Teodoro “Teddy Boy” Locsin Jr., who had accused the mayor of politicking and blaming residents for a surge in COVID-19 cases.

“He should apologize because he is doing this to a local government unit (LGU) that is doing everything to flatten the curve (of COVID-19 cases),” Treñas told the INQUIRER.

“He should respect the LGUs that have a mandate unlike an appointed person who serves at the pleasure of the appointing power,” Treñas said.

The report quoted Treñas as saying that the rise in locally transmitted cases in the city could be because people forgot there is still virus transmission or were careless, citing a case of a drinking party.

“How come Treñas can blame his constituents for carelessness, of being ‘pasaway’-that ugly word- and get away with it? Because of opposition hypocrisy,” Locsin said in the tweet that has since been deleted after Treñas rebuked Locsin on social media.

The mayor clarified in a statement that he was not blaming residents and took responsibility for the rise in COVID-19 cases.

“Please be informed that I do not blame anyone for the rising cases in Iloilo City. I take full and complete responsibility for whatever happens to Iloilo City and I am now exploring all possible options as to what is best for my people and my city,” he said.

He then lashed out at Locsin, pointing out the official’s lack of experience in leading a local government unit.

“Teddy Boy Locsin, we take care of our constituents the best way we can. I have not blamed my constituents since we continue to look for ways and means to flatten the curve. I know you do not know how to work in the LGU since you have never run a city,” Treñas said.

“Iloilo City is much better than what you think because here, we all work together. We know that governance is always a shared responsibility both of the governors and the governed. It is unfortunate that in the midst of a pandemic, you still claim political sides,” he added.

Treñas said he was caught by surprise and was angered by Locsin’s comment because they know each other personally and Locsin was a friend and classmate of his elder brother, Jose Mari Treñas, at the Ateneo de Manila University School of Law and at Harvard University.

“I was surprised. But if he thinks Ilonggos will buckle down because of his statement, he is mistaken,” the mayor said. “We all know that we have done everything within our means to make sure that we flatten the curve and control the transmission on our own,” Treñas said in a phone interview with the INQUIRER.

“We have several positive (COVID-19 cases) here in City Hall but I am still here. Where is he? He has not even given a single (personal protective equipment) to Iloilo City,” said Treñas, a diabetic who takes daily insulin shots.

“What has he done to stop this pandemic except (tinker) with his cellphone and laptop? Because he thinks that he can write a good speech, he can do anything to anyone. No Sir,” he said.

“A person who is full of shit, even if he wears a Barong Tagalog or coat and tie, is still full of shit,” he said.