OFW on quarantine in CamSur deplores shared restroom with LSIs 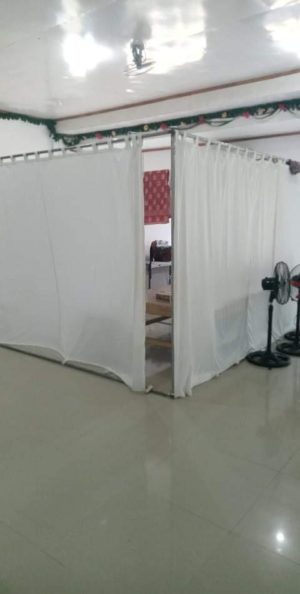 An OFW who recently returned to the Philippines shares snapshots of a quarantine facility and its shared restrooms in Lupi, Camarines Sur. Contributed photos.

MANILA, Philippines — Things went smooth for an overseas Filipino worker (OFW) who returned to the Philippines from Dubai until she was placed on quarantine in her home province and shared a restroom with locally stranded individuals (LSIs).

The OFW, who preferred to stay anonymous, told INQUIRER.net that she already tested negative for SARS-CoV- 2, the virus that causes COVID-19, upon her return to Manila.

But despite having negative test results, she said she was still placed under quarantine after going back home to her province in Lupi, Camarines Sur.

She said what worried her the most was sharing shared restrooms in a quarantine facility with LSIs from Manila who were not yet tested for the coronavirus. 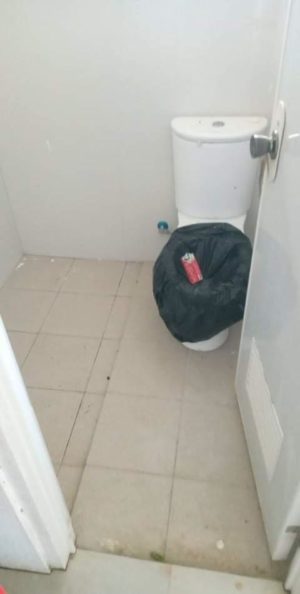 Upon inquiry with Interior Secretary Eduardo Año about quarantine protocols of OFWs, he said it is up to local government units (LGU) on how they will receive returning residents. 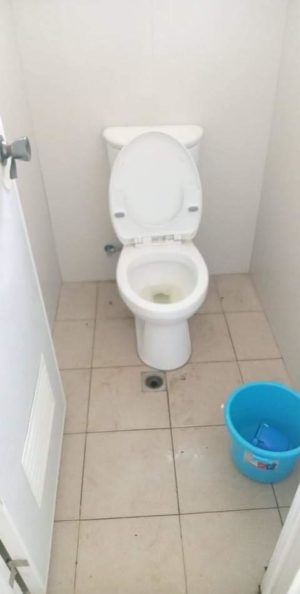 Bathroom for all. Contributed photo 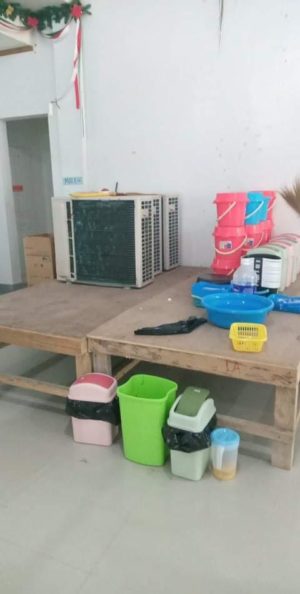 “The destination LGU has options to test them again and send them home after getting the negative result or put them into [a] quarantine facility or home quarantine for 14 days. The possibility of re-infection is high during the travel,” Año told INQUIRER.net in a Viber message.

Año also confirmed that one person who is undergoing isolation in a quarantine facility must have his or her own restroom.

Interior Undersecretary Jonathan Malaya said that it is the “call” of LGUs to subject returning residents to additional protocols to ensure they were not infected en route to the province.

But when asked about the OFW’s concern on shared bathrooms, Malaya told INQUIRER.net that it “could be a problem.”

Malaya said he would ask the regional director to investigate the matter and call the LGU’s attention if needed.

INQUIRER.net has sought comment from the local government of Lupi and the province of Camarines Sur, but has yet to get a response as of this writing. [ac]