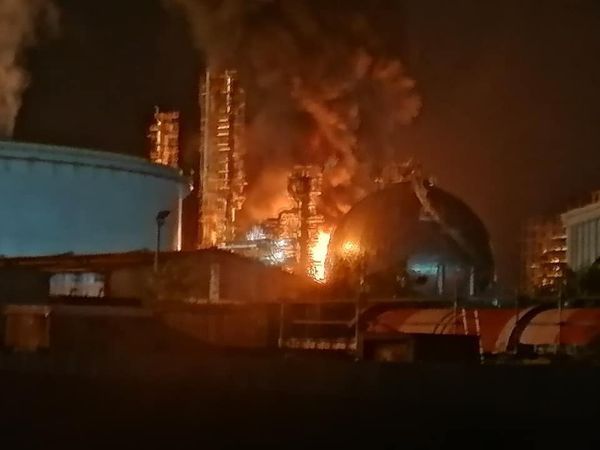 MANILA, Philippines — (Updated) A fire struck the plant of the JG Summit Petrochemicals Group, a Gokongwei company, in Barangay Simlong in Batangas City on Saturday night, according to the Batangas City Fire Station.

It was the police that informed firefighters about the blaze, which started at around 10 p.m.

One person was reported injured, according to Col. Rex Malimban, chief of the Batangas Police Provincial Office.

“The initial [information] we received was that used oil was ablaze,” Malimban said in a phone interview around 11 p.m.

The amount of petrochemicals stocked in the facility was not immediately known, but Malimban said an initial report reaching his office said the fire had already reached the fourth alarm.

Malimban said several fire trucks from the Batangas Bureau of Fire Protection had been deployed, while other firefighting units at the regional office were put on stand by in case reinforcements would be needed.

In a Facebook post, Batangas Filipino Chinese Volunteer Fire Brigade said the blaze was declared fire out at 11:55 p.m.

Here’s a video of the fire, courtesy of the Batangas Filipino Chinese Volunteer Fire Brigade. With a report from Krissy Aguilar