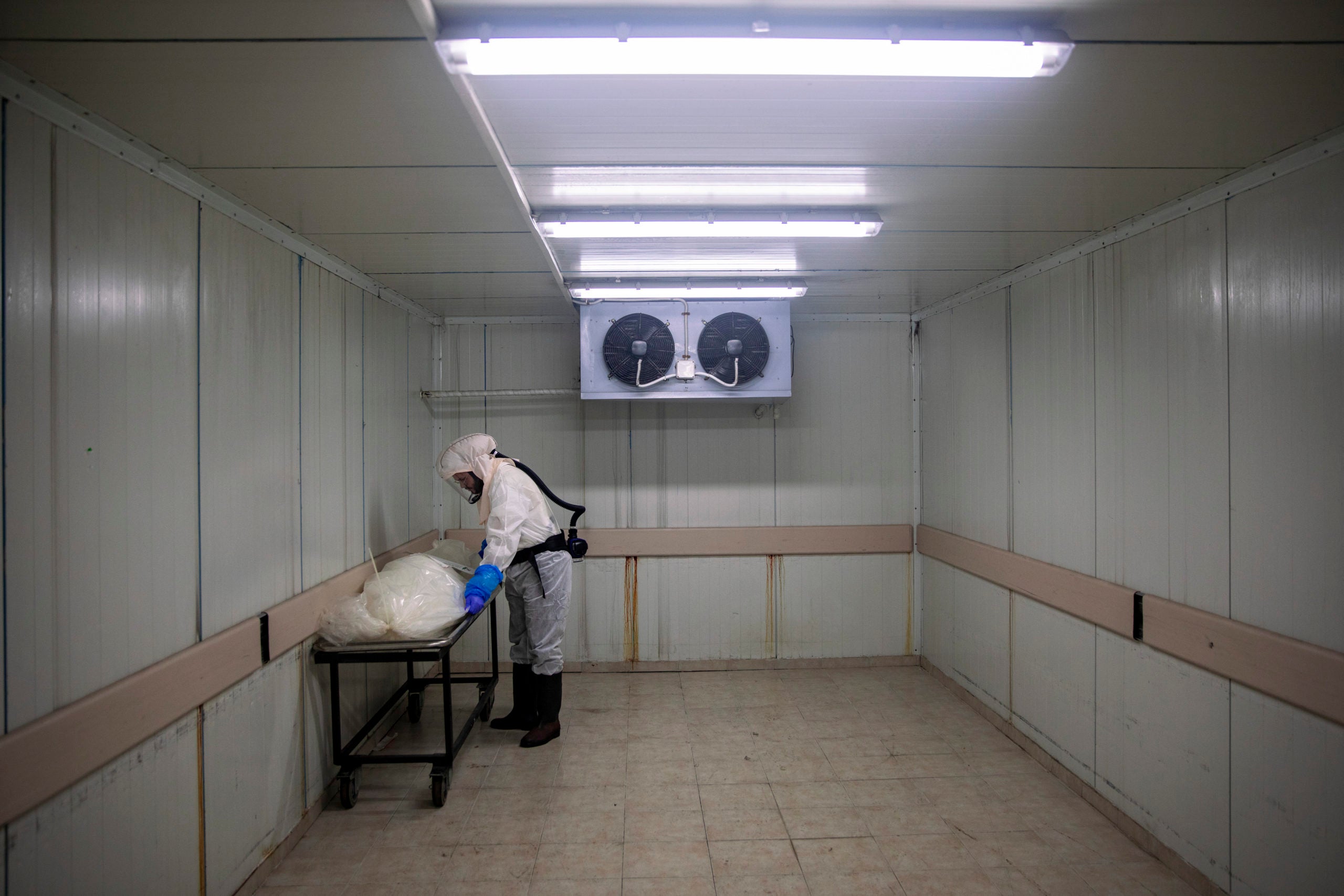 A worker from “Hevra Kadisha,” Israel’s official Jewish burial society, prepares a body before a funeral procession at a special morgue for COVID-19 victims in the central Israeli city of Holon, near Tel Aviv, Wednesday, Sept. 23, 2020. With Israel facing one of the world’s worst outbreaks, burial workers have been forced to wear protective gear and take other safety measures as they cope with a growing number of coronavirus-related deaths. (AP Photo/Oded Balilty)

GENEVA — Coronavirus deaths could more than double to two million without collective action against the pandemic, the World Health Organization (WHO) has warned, as Australia’s prime minister urged any nation that develops a vaccine to share it with the world.

The number of cases worldwide has soared past 32 million, with deaths approaching one million, the global economy devastated, and major cultural and sports events disrupted.

But despite the pandemic showing no signs of slowing, Japan’s new prime minister Yoshihide Suga struck a defiant note Friday, saying his country was determined to hold the postponed Tokyo Olympics in 2021.

“One million is a terrible number and we need to reflect on that before we start considering a second million,” the WHO’s emergency director Michael Ryan told reporters on Friday when asked how high the death toll could go.

“Are we prepared collectively to do what it takes to avoid that number?

“If we don’t take those actions… yes, we will be looking at that number and sadly much higher.”

The pandemic has spurred worldwide efforts to develop a vaccine to help defeat COVID-19, as well as efforts to try to ensure fair and widespread distribution.

“Whoever finds the vaccine must share it… This is a global responsibility and it’s a moral responsibility,” Australian Prime Minister Scott Morrison said Friday in a message to the virtual UN General Assembly.

“Some might see short-term advantage or even profit, but I assure you… humanity will have a very long memory and be a very, very severe judge.”

Without a vaccine or effective treatment, social distancing and lockdowns remain among the few options for governments to curb the spread of the virus, making large gatherings like spectator sports and music concerts highly risky.

The 2020 Tokyo Olympics, postponed for a year, were the biggest such casualty, and Japan’s new leader vowed to hold them in 2021.

“In the summer of next year, Japan is determined to host the Tokyo Olympic and Paralympic Games as proof that humanity has defeated the pandemic,” Prime Minister Yoshihide Suga told the United Nations General Assembly in a video message.

But with continued spikes worldwide, there are concerns about whether the event will be possible even next year if the pandemic is not under control.

In a further illustration of the impact of the virus, authorities in Brazil — which has the world’s second-highest death toll — indefinitely postponed Rio de Janeiro’s carnival.

And just 1,000 fans a day are being allowed at the French Open, with organizers of one of the world’s biggest tennis events saying it means “millions of euros up in smoke”.

‘Today, I get zero euros’

The WHO warning came as the United States, the hardest-hit nation in the world, crossed seven million cases — more than a fifth of the global total despite accounting for only four percent of the world population.

Many European nations, meanwhile, are struggling with new waves of infections.

Spain expanded a lockdown in and around the capital Madrid to cover one million people from Monday.

In Britain, authorities announced restrictions now extending to a quarter of the population, while two supermarket chains said they were rationing purchases of certain goods to clamp down on panic buying.

Moscow, meanwhile, ordered vulnerable residents of the Russian capital to avoid infection by staying at home, while Israel tightened its lockdown by stopping people from taking flights out of the country.

France reported record figures — daily cases soared past 16,000 for the first time on Thursday. But moves by the authorities to contain the virus are not popular with many because of their painful economic toll.

“I have (to pay) rent because I’m not lucky enough to be a landlord.”