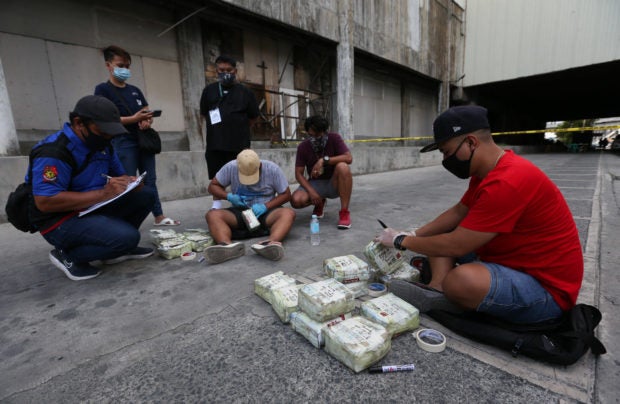 (We will still implement Oplan Tokhang at some local government units which are yet to implement and will follow right after the COVID.)

(For now, it isn’t easy to deal with COVID. Right after the pandemic, we will start with the Tokhang.)

Villanueva admitted that some drug clearing programs by local government units have slowed down because of the focus on COVID-19 response.

(Our barangay clearing operations slowed down because of the pandemic. The local governments also became busy because of  COVID-19, so our rehabilitation program was stymied. But it will not stop us from clearing barangays.)

The anti-narcotics chief said he has already coordinated with the Philippine National Police (PNP) on focusing their operations back to curbing illegal drugs in barangays.

(PNP chief and I talked about this that we will go to barangays. Why? Because drugs, even if it’s from China or the Golden Triangle or Africa, I am sure it will land at the barangays.)

From July 2016 to Aug. 31, PDEA also disclosed that 5,856 drug suspects were killed in anti-drug operations.

Villanueva also clarified that Oplan Tokhang means visiting suspected drug users in their homes to encourage them to submit to a drug abuse prevention program.

(To let everybody know, this barangay clearing project, I wrote that. During the time of Mayor Duterte when he was a mayor and I was a regional director, that is when I started the Tokhang, but it was not called Tokhang then. It was called house visitation.)

(What is Tokhang for? That house visitation is letting people in the house know and say “Hey Pedro, you are on our list for drug users, go to the barangay and they will give you an intervention program.” That is the purpose of Tokhang. After that, it’s over, no more Tokhang.)

Luzon, Visayas most affected by narcotics

Aside from the COVID-19 pandemic, Villanueva said areas that have the presence of illegal drugs are mostly from Visayas and Luzon.

(Mostly are Luzon-based. If we look at Mindanao areas, only a few of them are affected. Luzon and Visayas have the most affected barangays.)

He also noted that villages in big and rich cities usually have activities involving illegal drugs.

(If there is money, there are drugs and if your village or city has money, definitely, your village is affected.)