MANILA, Philippines —  Former presidential special envoy to China and columnist Ramon Tulfo on Tuesday denied that he was motivated by malice in claiming that former Justice Secretary Vitaliano Aguirre II provided protection to a syndicate facilitating the purported “pastillas” scheme within the Bureau of Immigration (BI).

“Let me just state that I was never motivated by malice. I had no malice aforethought when I exposed the activities of the human trafficking syndicate at the Ninoy Aquino International Airport,” Tulfo told the Senate committee on women, children, family relations, and gender equality during a hearing on the said scheme, or the alleged illegal airport escort service catering to Chinese nationals.

(I will admit that I resented him but not to the extent that I will expose his misdeeds in the justice department.)

Before Tulfo issued these remarks, Aguirre told the Senate panel that the accusations fired by the columnist against him are only “fueled by personal vendetta and dirty politics.” 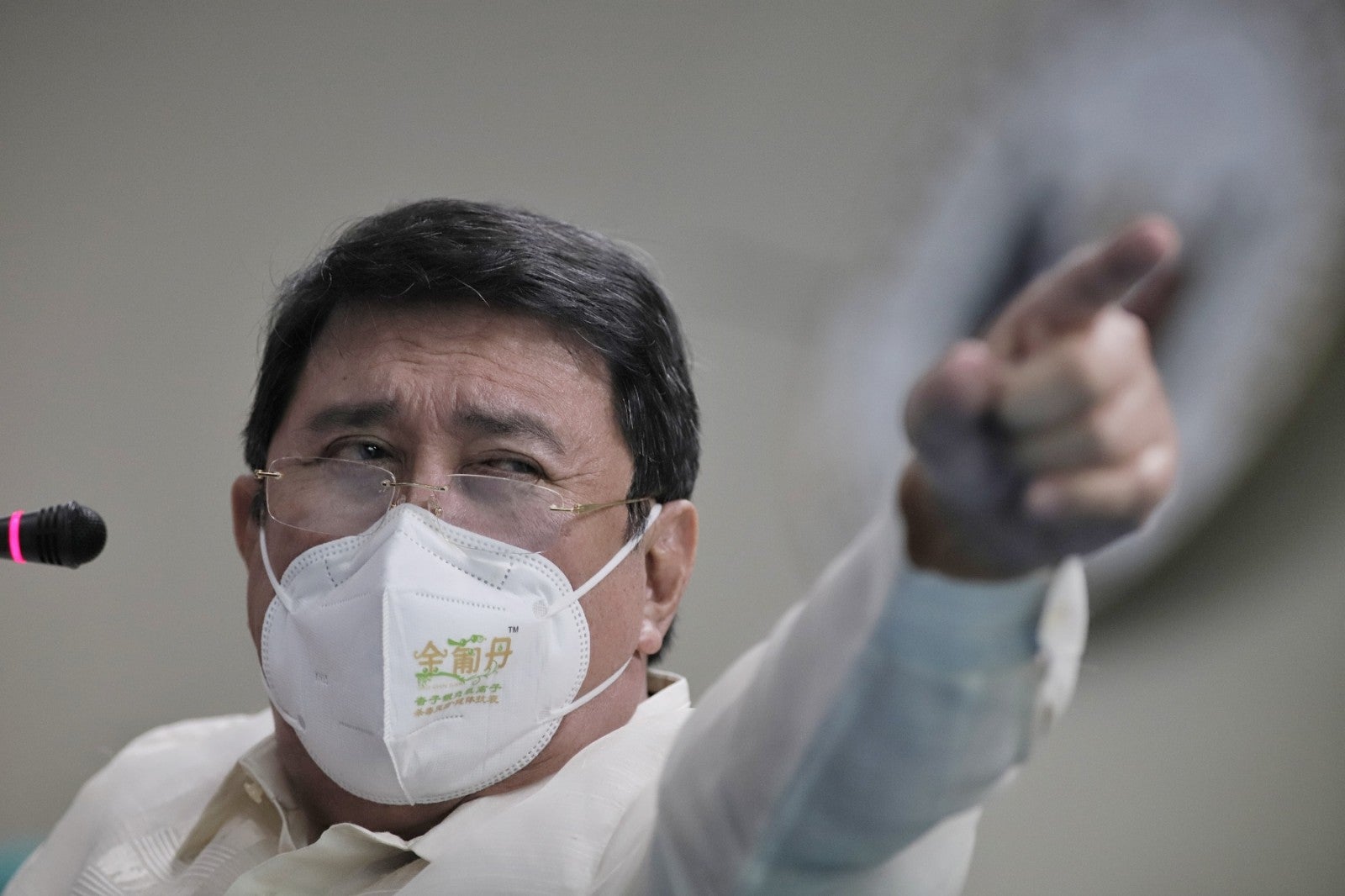 Aguirre noted that the “friendship” between him and Tulfo “went sour” when he, as then DOJ chief, did not grant the latter’s request to consolidate more than 90 cases filed against him by the Iglesia Ni Cristo. He said Tulfo was complaining of inconvenience and expenses in traveling throughout the country to respond to the INC complaints.

Aguirre explained this was due to a new hierarchy at the DOJ back then, where the National Prosecution Service (NPS) has the jurisdiction to receive and resolve cases filed before different prosecution services in the country, while the DOJ Office of the Secretary’s jurisdiction on the matter is “merely appellate.”

He said it was a few weeks after this refusal when Tulfo started writing “libelous” articles about him, which were also the subject of the libel and cyberlibel cases the former DOJ chief filed against the columnist.

But according to Tulfo, he was only asking Aguirre to do the same thing that then Justice Secretary and now Senator Franklin Drilon did when he ordered the consolidation of a slew of libel cases filed against Tulfo by the Highway Patrol Group of the then Philippine Constabulary.

(He told me he cannot do that. I told him it is not possible for the National Prosecution Service to not be under him because they are his personnel. I was only asking for him to consolidate the cases.)