MANILA, Philippines — The Philippine National Police (PNP) on Tuesday said it is conducting case build-up to arrest a Facebook user “misrepresenting” and pretending to be the nation’s top police officer. 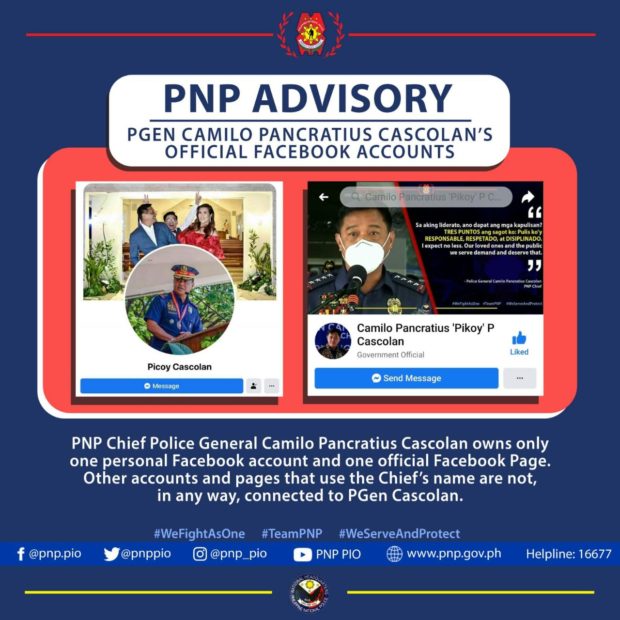 “(PNP Anti-Cybercrime Group chief) Police BrigGen. Dennis Agustin said case-build-up operations against the suspect yielded evidence that will establish a strong case for violation of anti-cybercrime laws. The arrest is imminent as soon as a warrant of arrest is obtained,” he added.

Cascolan was alerted of the Facebook user’s illegal activities after receiving a report of a policeman in Cabanatuan City who was almost duped into transfering P10,000 cash in exchange for a “preferred reassignment,” Yu said.

Yu also warned the public to be vigilant on fake Facebook accounts involved in swindling activities.

“We welcome well-meaning messages and posts on social media that assist us in reaching out to the public, but we will not allow the name of the PNP and its officials to be misused for shady activities,” Yu said.