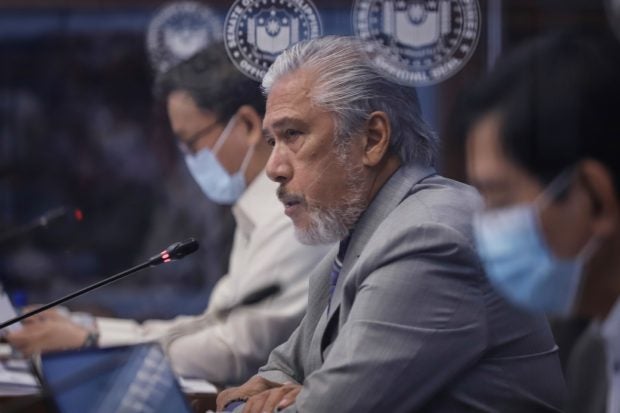 “If they do not settle their issues, yes, the budget might be delayed,” Sotto said in a message to reporters when sought for a comment on the matter.

“It’s possible [that the budget will be derailed]. I am told that the real problem is the budget,” he said in a separate message.

“But I’d rather [not] meddle and speculate on what’s happening in their turf,” he also said.

Teves claimed that Camarines Sur has been allotted a hefty P11.8 billion for infrastructure projects, while Taguig City will get P8 billion in the Department of Public Works and Highways’ (DPWH) 2021 budget.

Villafuerte had denied the claim as mere “hearsay” and even dragged the speakership row into the issue, saying that Teves’ questioning reveals a supposed plan hatched by Marinduque Rep. Lord Allan Jay Velasco’s camp to disturb the current leadership’s track to pass the 2021 national budget ahead of time.

Under the term-sharing deal brokered by President Rodrigo Duterte, Cayetano will serve as House Speaker for 15 months before Velasco replaces him and lead Congress for the remaining 21 months.

Asked if President Rodrigo Duterte should intervene in the brewing power struggle in the lower chamber of Congress, Sotto expressed doubts that the chief executive would do so.

“He is not in the habit of interfering unless his perspective is sought,” the Senate leader said.

Senate Minority Leader Franklin Drilon also feared that bickering among congressmen over infrastructure funds of legislative districts could affect their timetable and derail the passage of the proposed P4.5-trillion national budget for next year.

“More than any other time in the past, it is critical that the budget be enacted on time. We cannot delay the budget for 2021 because of the condition we are in today,” Drilon said in an interview over ABS-CBN News Channel.