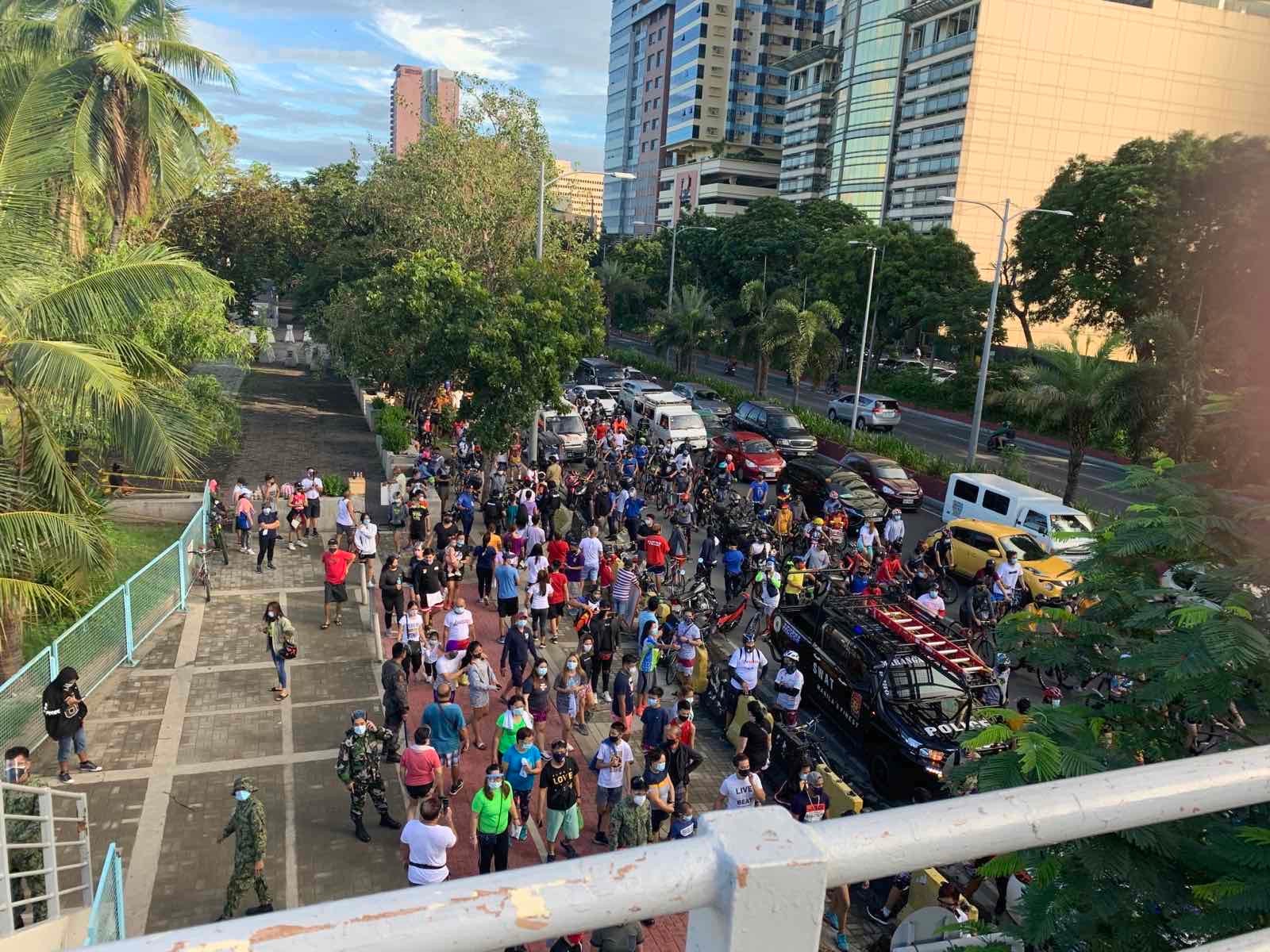 MANILA, Philippines — The Manila Bay drew a crowd along Roxas Boulevard in Manila on Sunday as people hoped to experience walking on the synthetic “white sand” beach.

Photos from Cesar Chavez, chief of staff of Manila Mayor Isko Moreno, and Manila Police District director Brig. Gen. Rolando Miranda showed that the footbridge near the United States Embassy was clear as of 7:20 a.m. Sunday, although people could be seen gathering along the road.

Photos and videos that circulated on social media showed people along Roxas Boulevard standing close to each other despite the physical distancing rule being imposed amid the coronavirus disease pandemic, as they hoped to see the Manila Bay makeover. 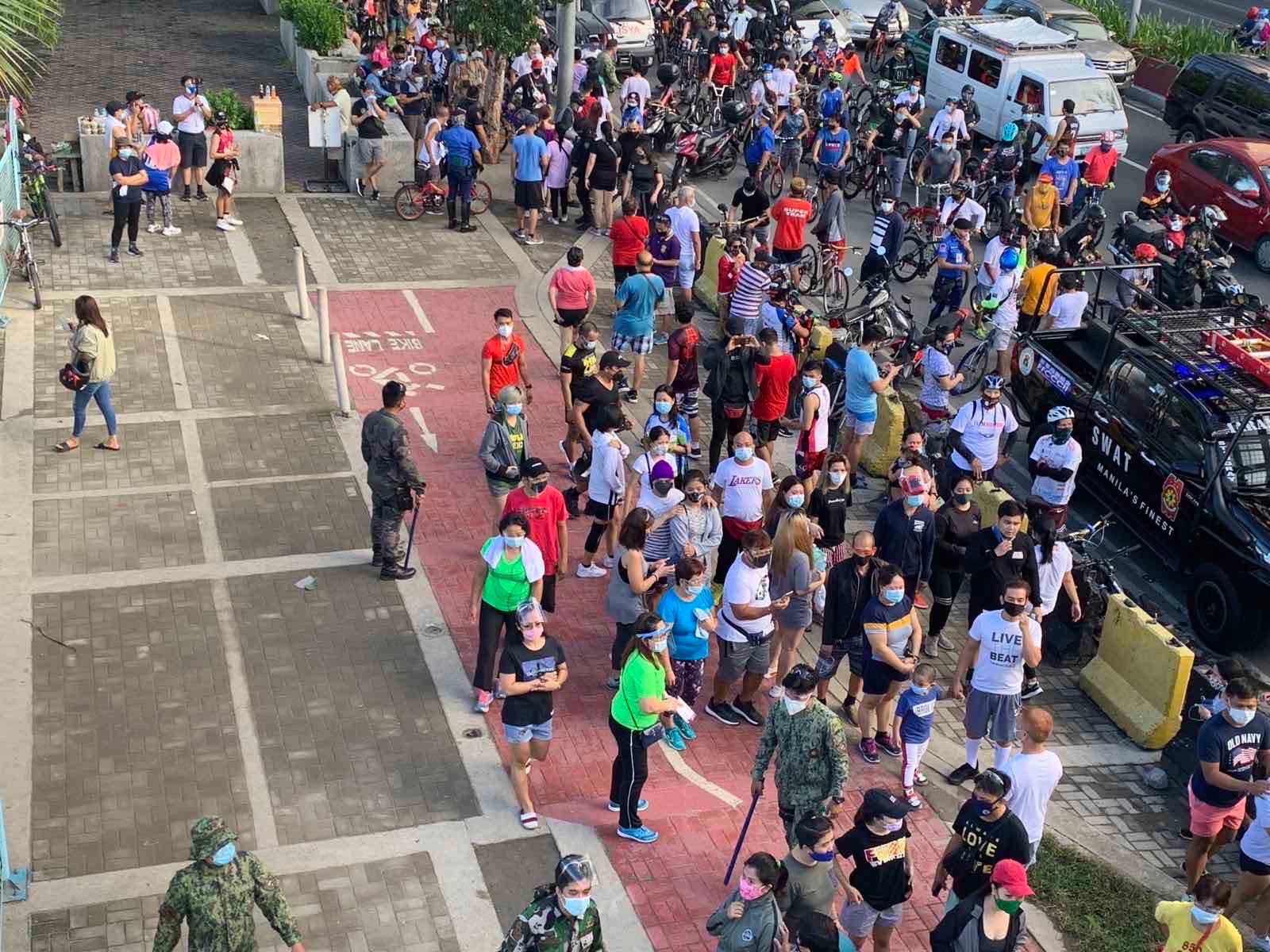 The Manila Bay “white sand beach” was temporarily opened to the public on Saturday and was again opened from 6 a.m. to 6 p.m. Sunday, following its makeover involving “white sand” from crushed rocks of dolomite which drew the ire of environmental experts for potential harmful impacts.

The area will be closed again starting Monday for continuous rehabilitation works. 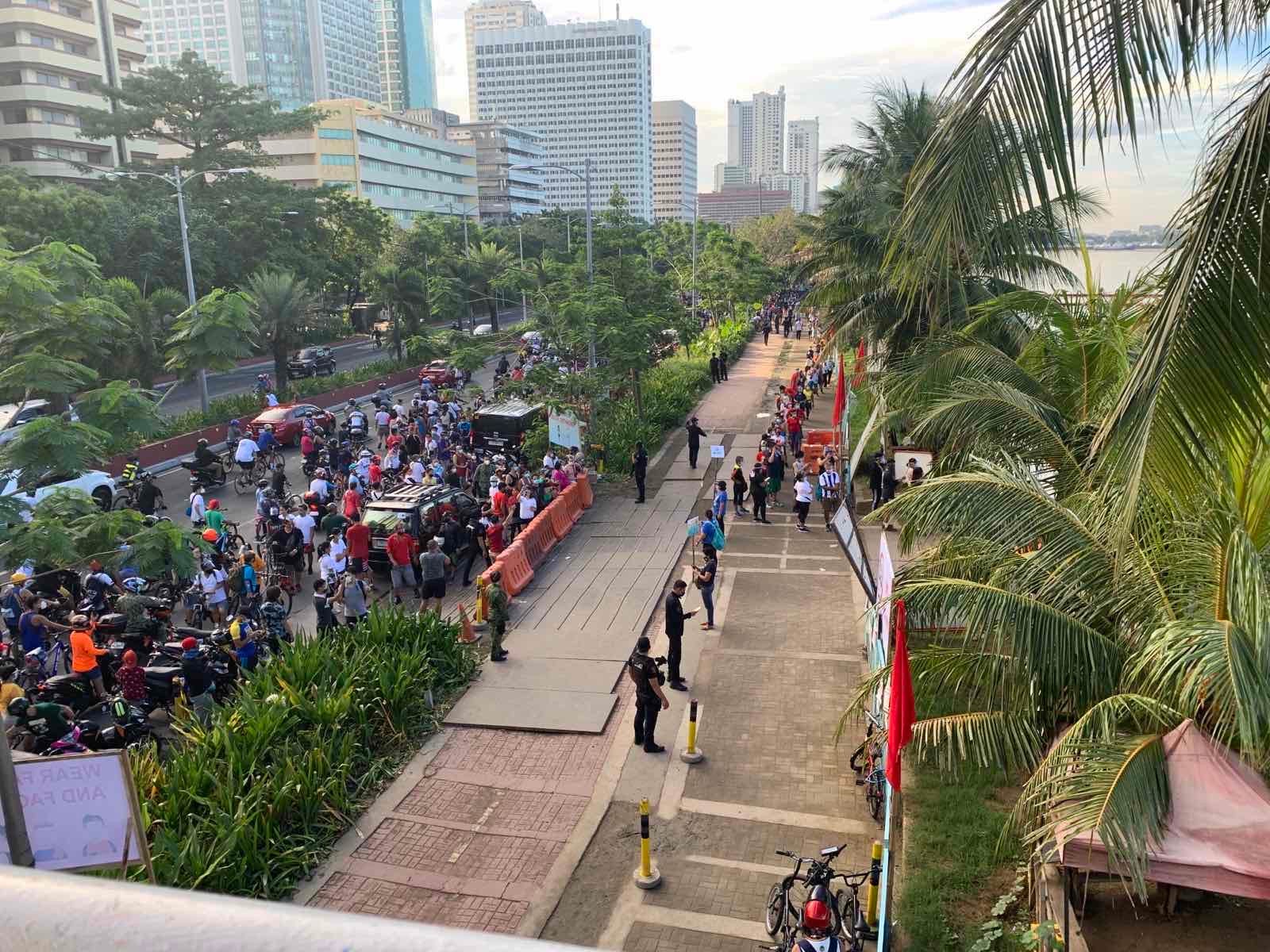