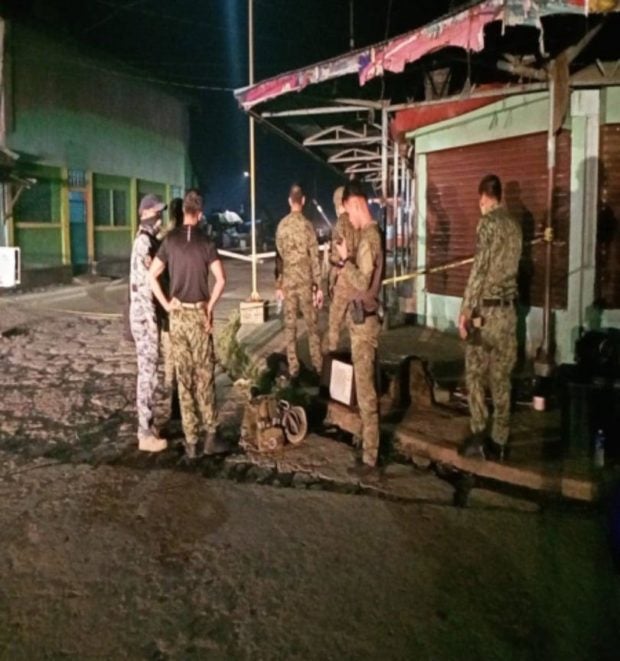 Security forces discover on Saturday, September 19, 2020, explosive materials abandoned between the Harbor Master and Maritime Police Office, nearly a month after the twin blasts in Barangay Walled City on August 24 that killed 15 people and wounded more than 70 others. Photo from WestMinCom

MANILA, Philippines — The Philippine Coast Guard discovered abandoned explosive materials in Barangay Walled City in Jolo, Sulu Saturday evening,  nearly a month after the twin blasts in the same village on August 24 that killed 15 people and wounded more than 70 others.

Lt. Col. Alaric delos Santos, spokesperson of the Armed Forces of the Philippines – Western Mindanao Command (Westmincom), said the Explosives Ordnance Division of the Philippine Coast Guard was conducting area paneling at the Jolo pier when they discovered a suspicious item abandoned in between the Harbor Master and Maritime Police Office at 6:02 p.m., September 19.

“The PCG personnel were prompted when the bomb-sniffing dog sat beside the  item,” Delos Santos said.

Members of the 35th Infantry Battalion immediately cordoned the area upon receipt of the information.

The Explosive Ordnance Disposal teams of the Sulu Provincial Police Office and Jolo Municipal Police Station also went to the site and verified that the items were explosive materials.

“I commend our troops and our partners for this accomplishment. You saved the lives of the innocent people and foiled this terroristic activity of our heartless enemies,” said Brig. Gen. William Gonzales, Joint Task Force Sulu Commander.