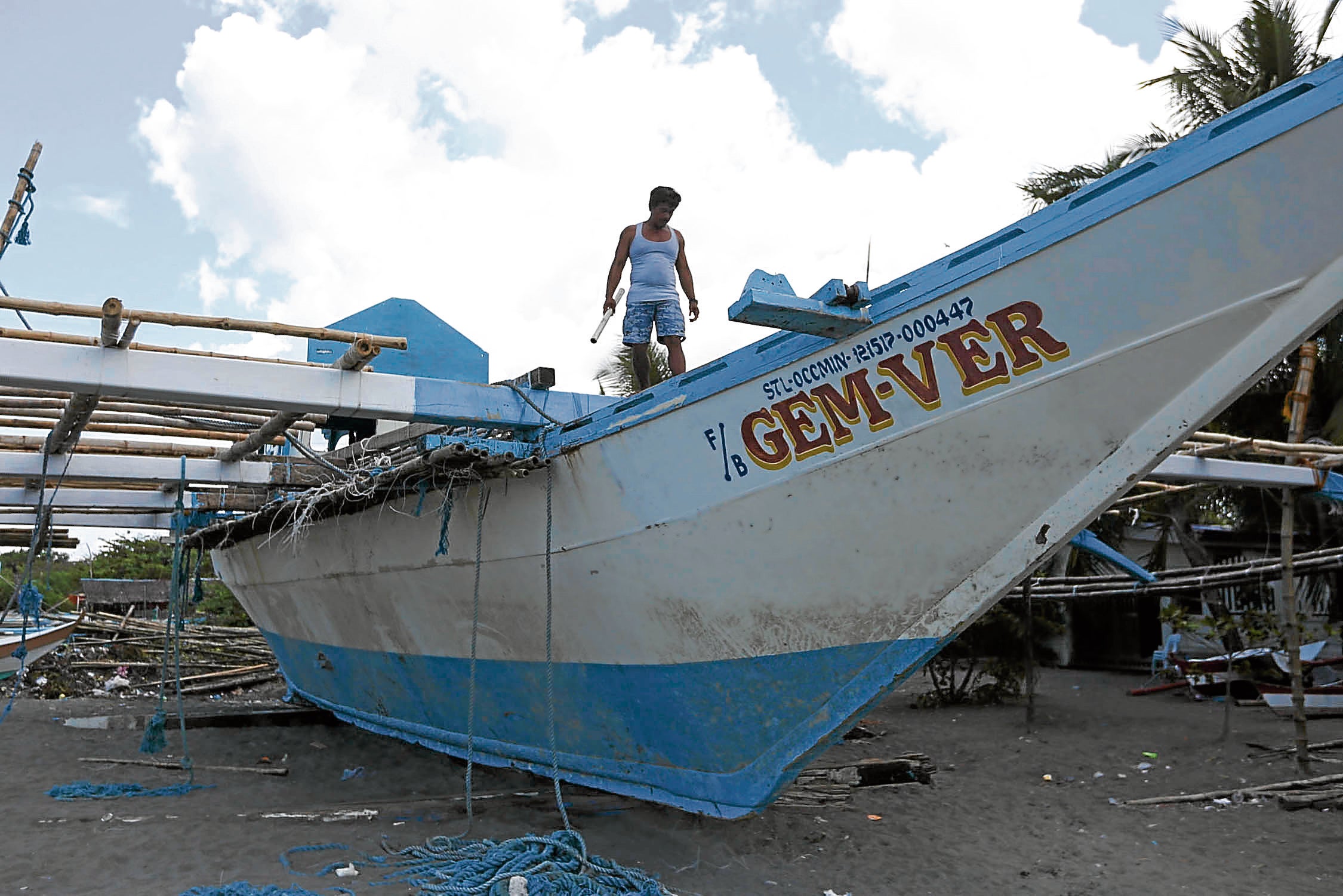 Captain Junel Insigne looks on the F/B GEM-VER, the boat sunk by a Chinese vessel in the West Philippine Sea, at the shoreline of Barangay San Roque I in San Jose, Mindoro Occidental. Insigne and his 21 crew survived the 3 hours of floating on the sea after a Chinese vessel rammed and sank their fishing boat F/B Gem-Ver in Recto Bank, West Philippine Sea. INQUIRER FILE PHOTO / RICHARD A. REYES

MANILA, Philippines — Justice Secretary Menardo Guevarra said his department had submitted to the Department of Foreign Affairs (DFA) a report on the estimated P12 million being sought by the owner and crew members of the FB Gem-Ver, as compensation for the boat’s sinking last year by a Chinese trawler in the West Philippine Sea.

Gem-Ver was rammed by the Chinese vessel Yuemaobinyu 42212 around midnight of June 9, 2019.

The Chinese Embassy in Manila confirmed the identity of the Chinese boat days after the sinking of the Gem-Ver, whose fishermen were abandoned at sea for at least two hours before they were rescued by a passing Vietnamese fishing boat.

Some two months after the incident, during President Duterte’s visit to China, the Guangdong Fishery Mutual Insurance Association wrote to the Philippine Embassy in Beijing, acknowledging what it called an “accident” involving the Yuemaobinyu 42212.

The industry group apologized for the incident and urged the Philippines to file for compensation.

But it was only a year after Gem-Ver’s sinking when officials were prompted to take up the matter of compensation anew, with Foreign Secretary Teodoro Locsin Jr. pointing to the Department of Justice to determine the damages.

This led Guevarra to respond at the time that the DOJ was not directed to determine the amount but would be “very happy to help.”

On Thursday, he said “civil damages do not really pertain to us.” Nevertheless, he said the “total estimated civil damages” covered the repair of the boat, lost income for six months, and moral damages.

The DFA had yet to comment as of this reporting.