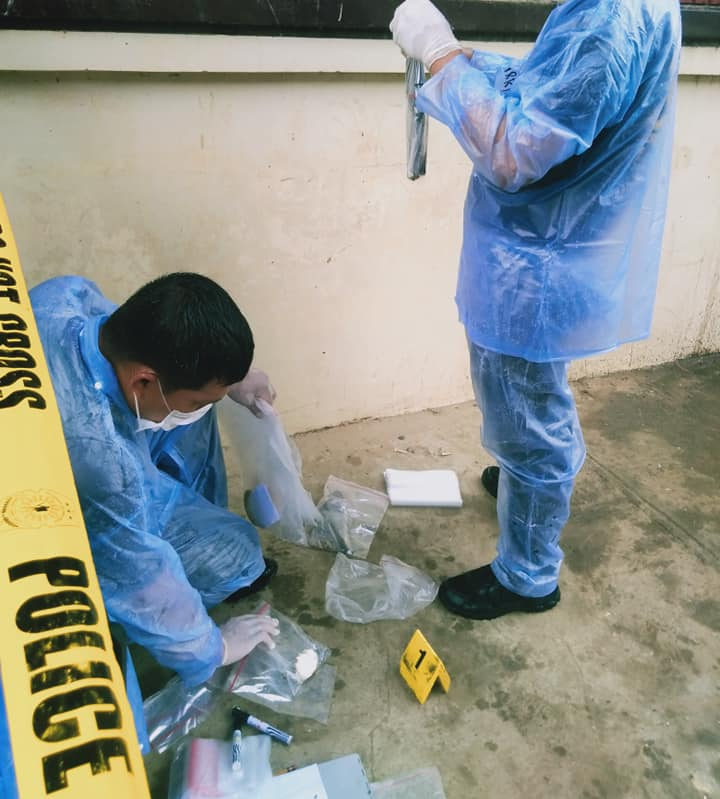 Forensics investigators gather pieces of evidence in the scene of a gunfight between police and two drug suspects in Digos City on Sept. 16. PHOTO BY NILO P. COBRADO

DIGOS CITY—Two drug suspects were killed on Wednesday in what police said was a gunfight during a buy-bust operation at a village here.

The two suspects—Ernie Dave Tan, 35, and Erwin Abano Quijano, 26—met with an undercover agent at the village of Cogon to sell shabu, or crystal meth.

After handing two sachets of meth to the agent and getting P1,000 in payment, Tan sensed he was dealing with a law enforcer, according to Lt. Col. Vici Anthony Tababa, police chief of Digos.

Tan drew a gun and fired at Cpl. Jhun Arthur Nicolas who was wearing a bulletproof vest.

A gunfight followed between Tan and Quijano and the police team involved in the anti-drug operation. 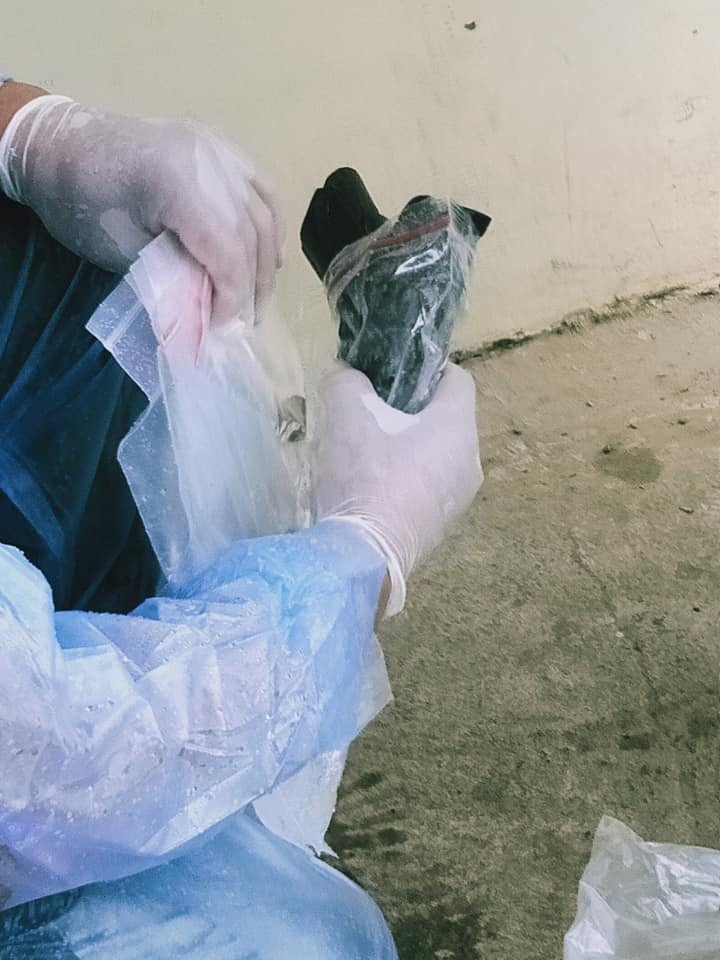 A forensics investigator examine a caliber .45 pistol believed used by one of two drug suspects slain in a clash with police in Digos City on Sept. 16. PHOTO BY NILO P. COBRADO

When the shooting ceased, Tababa said police rushed the two suspects to the Davao del Sur provincial hospital where they were declared dead.

Aside from the two sachets of meth handed to Nicolas, another sachet also with meth was recovered from Quijano.

Tan lived in Sarmiento Subdivision in Davao City while Quijano is a collector for a lending company in Digos.