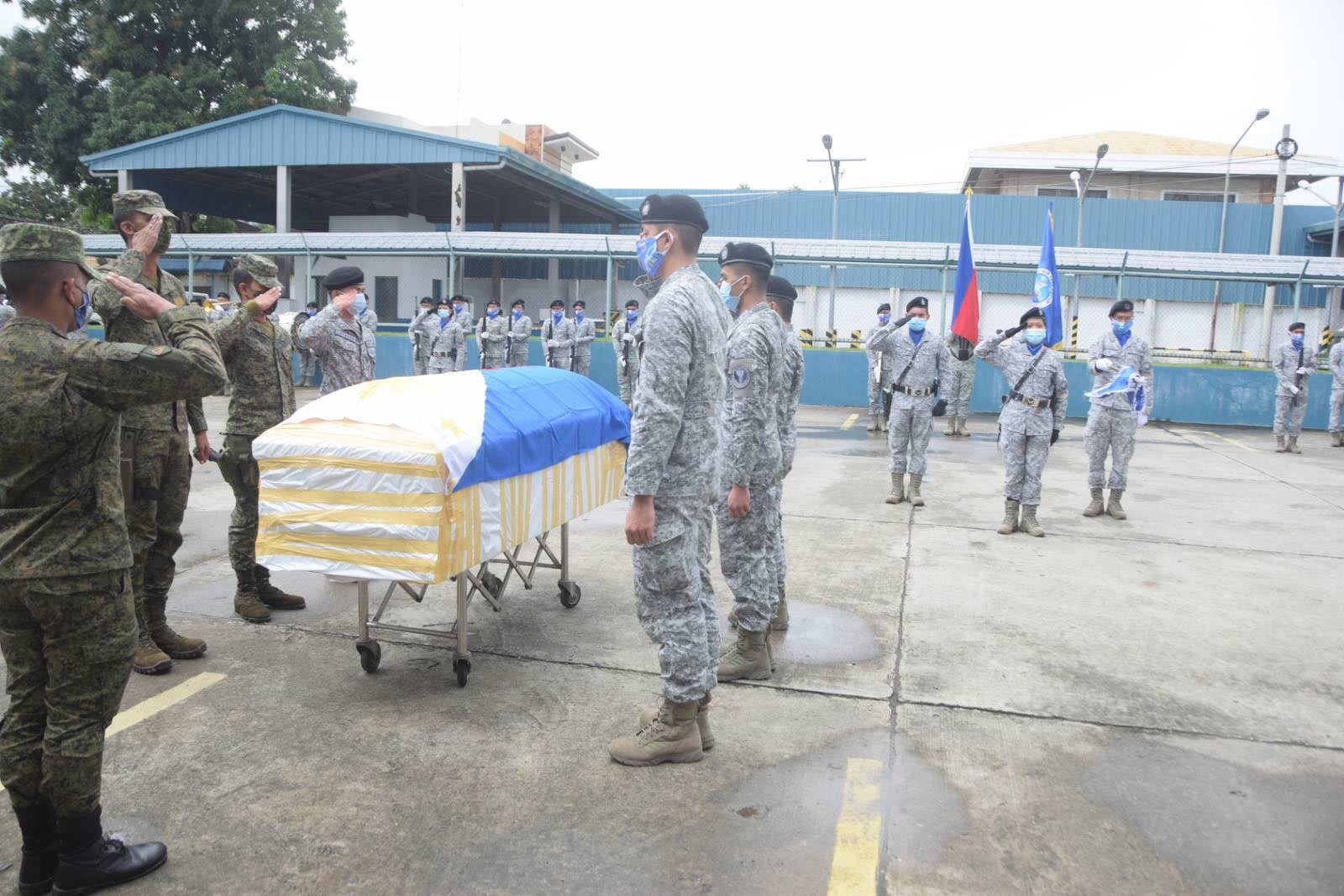 The Western Mindanao Command honors the four airmen who died in a helicopter crash in Basilan on Sept. 16. PHOTO FROM WESTMINCOM

They were en route to Jolo, Sulu to airlift a blast victim to Zamboanga City when they ran into bad weather over Basilan.

Departure honors, led by Vinluan, were accorded the fallen airmen on Thursday afternoon, as their flag-draped caskets were prepared for transport. 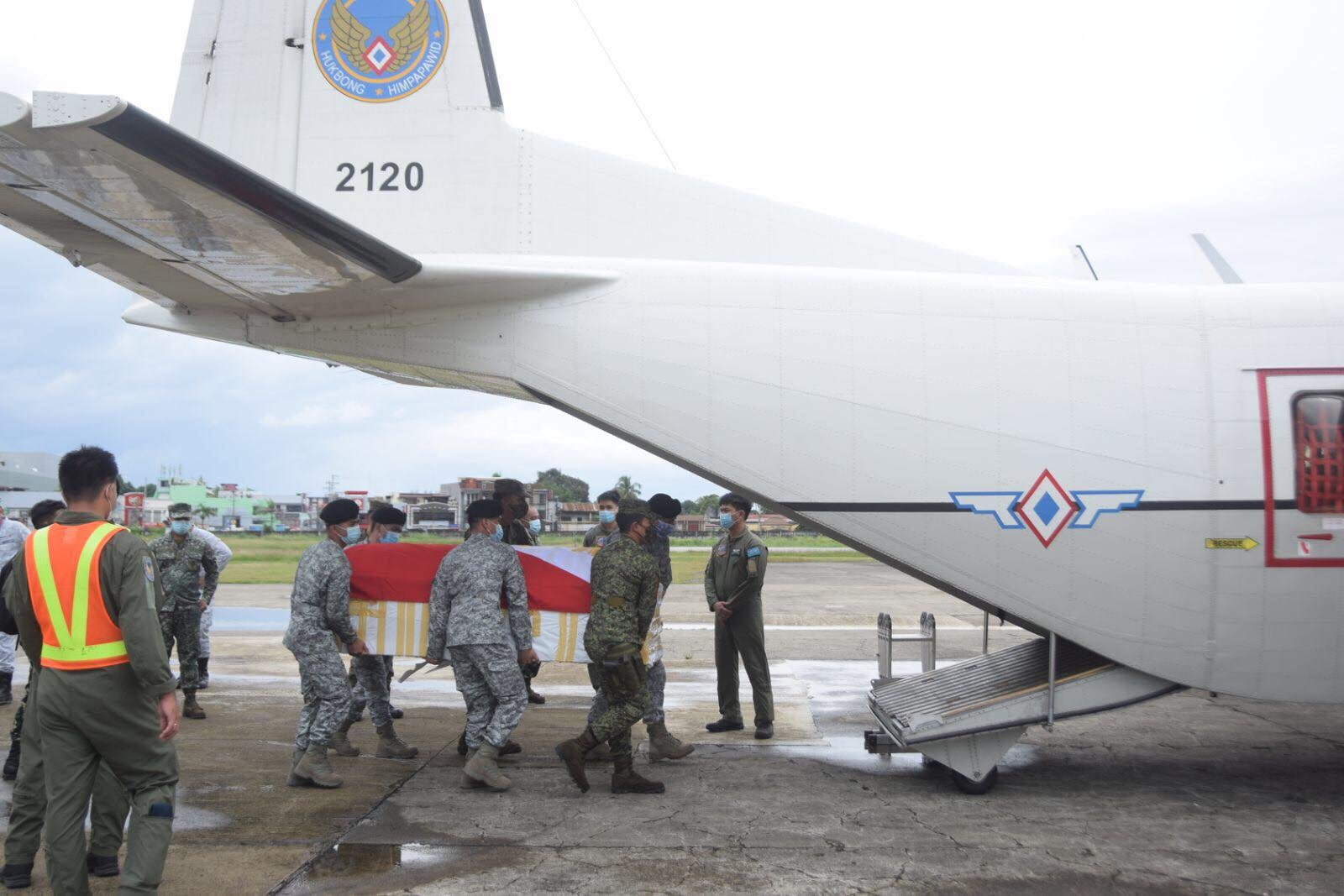 Soldiers carry the flag-draped casket of one of the four airmen who died in a helicopter crash in Basilan province on Sept. 16. PHOTO FROM WESTMINCOM

Miller, Ferrer and Banas were flown to Manila while Leal is set to be brought to his hometown in Zamboanga Sibugay province.

“Our salute to Maj. Miller, 1Lt. Ferrer, SSg. Bañas, and A2C Leal for their gallantry and heroism,” Vinluan said.

“They may be physically gone but their unfailing service will remain in our hearts forever,” he added.

On Thursday, the Philippine Air Force (PAF) grounded its Sikorsky helicopters following the crash in Basilan while an investigation is ongoing, according to Maj. Al-Nasser Abdurakman, spokesperson of the PAF’s Edwin Andrews Air Base.