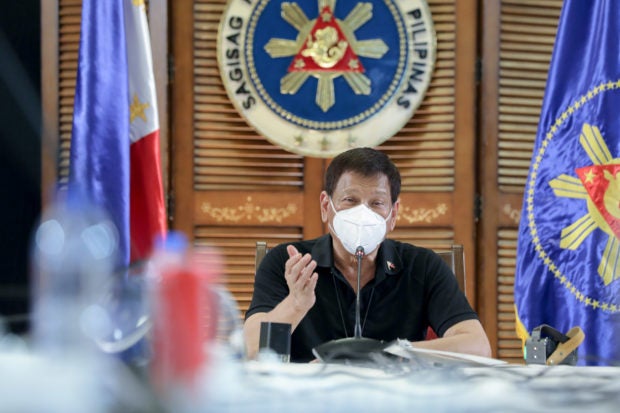 “It is an ultimatum. You need to clean up PhilHealth by end of the year,” presidential spokesperson Harry Roque said in televised Palace press briefing.

Roque said the President wants Gierran to “file all the cases that need to be filed”, suspend or terminate officials and do “whatever you need to do to cleanse the ranks of PhilHealth.”

Gierran, a former National Bureau of Investigation (NBI) chief, took over the reins from resigned PhilHealth chief Ricardo Morales who recently stepped down amid allegations of systematic corruption within the agency.

A multi-agency task force recently wrapped up its initial investigations on the issue, recommending the filing of graft charges against Morales and several other officials of PhilHealth.

On Wednesday night, Duterte met with leaders of both chambers of Congress where he said he wanted to abolish PhilHealth. But Senate President Vicente Sotto III advised the President against it and said that he should instead give Gierran time to fix the corruption woes.

“He said he wanted PhilHealth abolished or privatized but I said it might be better to wait a few months and see how the new administration performs and that I have a bill making the Secretary of Finance the chair of the Board instead of the DoH (Department of Health) Secretary. He agreed to my proposal,” Sotto said.

“I explained that PhilHealth is an insurance corp and not a health entity,” he added.