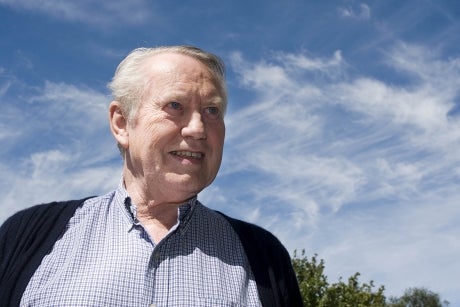 An 89-year-old philanthropist and entrepreneur has finally achieved his goal of donating his $8 billion fortune before dying.

He completed his generous mission on Sept. 14 through his organization, The Atlantic Philanthropies, as per a Forbes exclusive report the day after.

Feeney started the foundation in 1982 to help him share more than half of his wealth. Now that he has succeeded in giving it away, he officially closed the organization after almost four decades of operating.

About $3.7 billion of his fortune went to education, including a $1 billion to his alma mater, Cornell University. Meanwhile, he gave $870 million to human rights and social change efforts such as Obamacare and grants to abolish the death penalty in the United States.

Over $700 million also went to medicine and research such as the Global Brain Health Institute in California and public healthcare in Vietnam, as per report.

Though he has donated billions of dollars, he has set aside around $2 million for his and his wife’s retirement.

Following the conclusion of his mission, Feeney said he has “learned a lot” from running his foundation and donating to different causes.

“We would do some things differently, but I am very satisfied. I feel very good about completing this on my watch,” he told the publication.

Along with his foundation, Feeney also pioneered the “Giving While Living” entrepreneurial approach to philanthropy. This entails giving parts of one’s fortune to charities before dying so the donor can decide where the money is spent.

“I see little reason to delay giving when so much good can be achieved through supporting worthwhile causes,” he said in a 2019 report. “Besides, it’s a lot more fun to give while you live than give while you’re dead.”

“He’s a model for us all,” Buffett was quoted as saying. “It’s going to take me 12 years after my death to get done what he’s doing within his lifetime.” Ryan Arcadio/JB

WATCH: Company surprises employees with over P500 million in bonuses