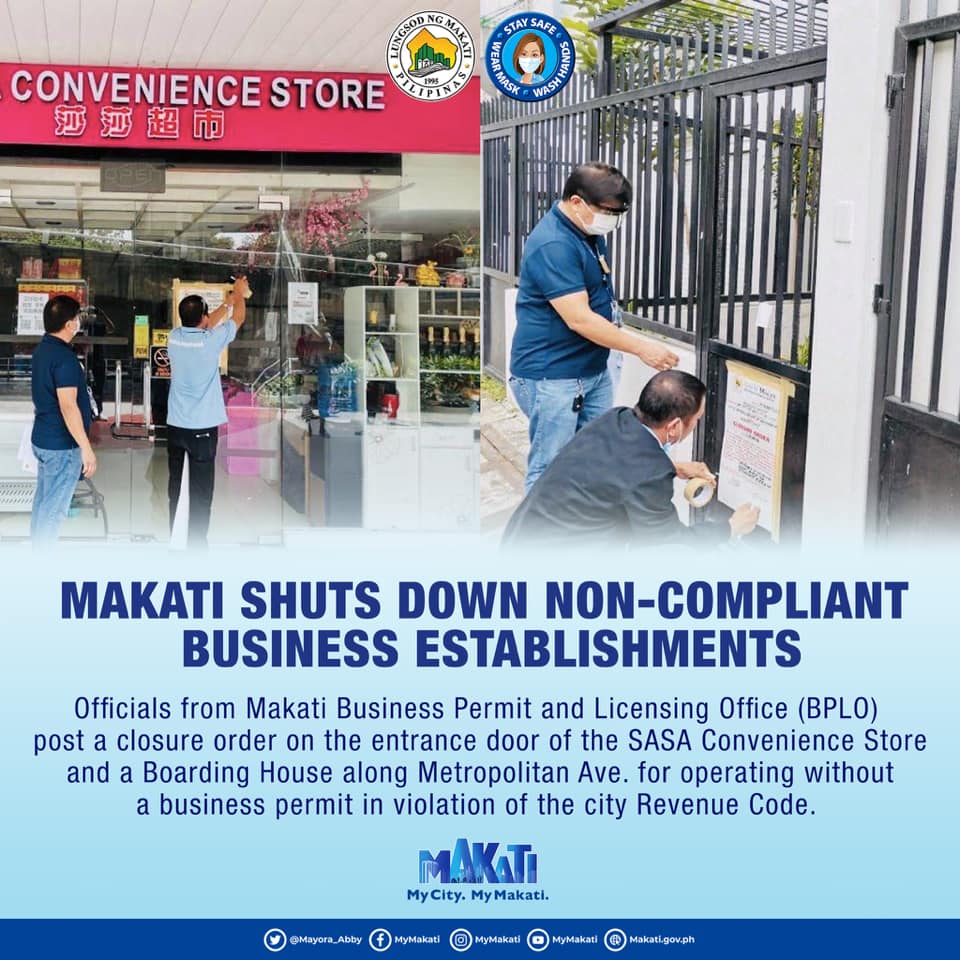 MANILA, Philippines — A Chinese convenience store in Makati City was closed down after it allegedly continued to operate without securing a business permit, city government announced on Thursday.

In a social media post, the local government unit announced that SASA Convenience Store and a boarding house along Metropolitan Avenue were padlocked for violation of the Revised Makati Revenue Code City Ordinance No. 2004-A-025.

The Makati Public Information Office said in a text message that it served the closure order last Monday, Sept. 14. No arrests were made by the authorities, it added.

The city government also vowed that it will shut down more non-complying businesses and commercial establishments in the city.

“On orders of Mayor Abby Binay, the city will continue to crack down on erring business and commercial establishments operating in the city to protect the interest of legitimate businesses, residents, and the general public,” the city government said in a statement.