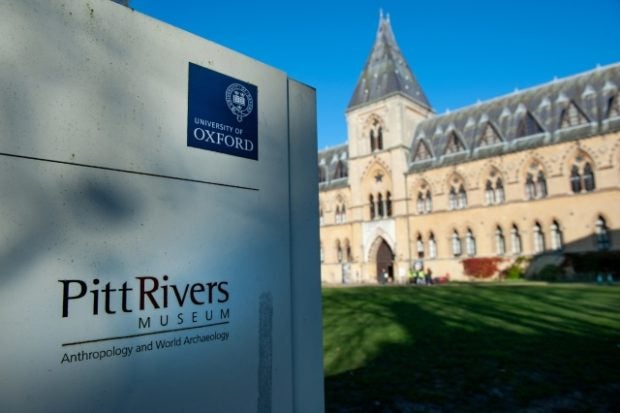 The Pitt Rivers Museum in Oxford recently announced that it would no longer exhibit shrunken heads and other human remains that have been in its collection for centuries. Image: IStock/John Wreford.

A wind of change is blowing in the world of European museums. At a time when numerous African countries are calling for the restitution of works of art that were collected or pillaged in colonial times, the British Pitt Rivers Museum has announced that it will no longer exhibit shrunken heads and other human remains included in its collection of 500,000 anthropological artifacts.

Museum director Laura Van Broekhoven has warned visitors they will no longer be able to see certain cultural and ritual artifacts that have been exhibited in the United Kingdom since colonial times when the Pitt Rivers Museum in Oxford reopens to the general public on Sept. 22.

These include shrunken heads, or tsantsas, from Ecuador and other South American countries, a child mummy from Ancient Egypt and other human remains.

Instead of these exhibits, visitors to the Pitt Rivers Museum will have a chance to see a large number of installations that raise awareness of the pillage of cultural artifacts during the colonial period, along with racist stereotypes that have been encouraged by their longstanding display in European museums.

“Our audience research has shown that visitors often saw the museum’s displays of human remains as a testament to other cultures being ‘savage’, ‘primitive’ or ‘gruesome’. Rather than enabling our visitors to reach a deeper understanding of each other’s ways of being, the displays reinforced racist and stereotypical thinking that goes against the museum’s core values,” explained Laura Van Broekhoven in a press release.

Although the artifacts are still stored in the reserves of the British institution, Laura Van Broekhoven confirmed that the museum plans to rapidly return them to their countries of origin.

“A lot of people might think about the removal of certain objects or the idea of restitution as a loss, but what we are trying to show is that we aren’t losing anything but creating space for more expansive stories. That is at the heart of decolonization. We are allowing new avenues of storytelling and ways of being to be highlighted,” pointed out researcher Marenka Thompson-Odlum, who contributed to the development of the new installations at the Pitt Rivers.

A growing number of calls for restitution

Everywhere in Europe, museums and other cultural institutions are increasingly having to face up to ethical issues posed by the exhibition of artifacts that were pillaged or fraudulently obtained during the colonial era.

A case in point is the Ethnological Museum of Berlin, which recently announced that it plans to return the mummified bodies of two Aboriginal children as well as human bones in a wooden coffin to Australia.

The Australian government last February had requested the restitution of the mummies and other human remains, which had been in the German museum’s collections since 1880.

“The return of these ancestral remains is a solemn obligation. We are pleased to be able to take this step toward righting the historical injustice that brought them to Berlin,” said the museum’s director Lars-Christian Koch in a statement. CC