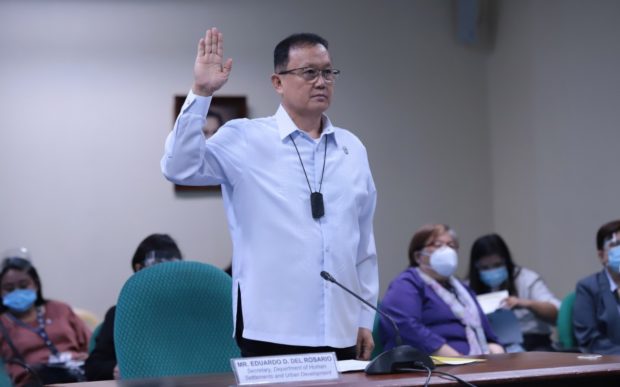 MANILA, Philippines — A panel of the Commission on Appointments (CA) suspended its hearing on Wednesday without approving the ad interim appointment of Eduardo del Rosario as head of the Housing and Urban Development Coordinating Council (HUDCC).

This, after committee vice chair San Juan City Rep. Ronaldo Zamora suggested that the panel hold a second hearing since “there are several members of the House contingent who still want to ask questions.”

“[The questions] involve pretty substantial issues not just on the tenure of the nominee as Task Force Bangon Marawi head but even in past incumbencies during the time of the Yolanda disaster, and of course we’d like to know exactly what his plans are in the department,” Zamora said.

During the hearing, lawmakers had quizzed Del Rosario on updates on the Marawi rehabilitation. Del Rosario heads the government’s Task Force Bangon Marawi.

“We don’t have enough time so can I suggest to the chairman that we suspend these deliberations in the mean time and perhaps we can go for another hearing, is that possible, Mr. Chairman?” he asked, referring to Senator Francis Tolentino.

Two more confirmation hearings for the nominations and ad interim appointments of diplomats as well as military officers are also scheduled on Wednesday.

“I would just like to manifest my support to the suggestion of the vice chair (Zamora) that we suspend consideration of the confirmation of the appointee (Del Rosario),” Lacson said.

Tolentino suspended Del Rosario’s confirmation hearing. The next meeting is scheduled next week.