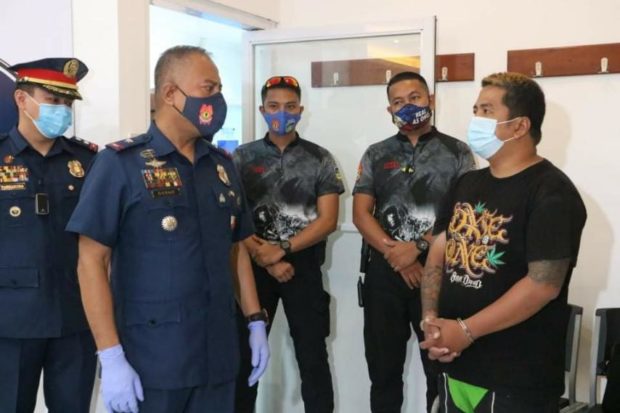 Mark Anthony “Rocky” Sison, tagged as the most wanted suspect in Calabarzon, is presented at Camp Vicente Lim. (Photo from the PIO of the Calabarzon Police Regional Office)

MANILA, Philippines — The most wanted suspect in Calabarzon — said to be a notorious gang leader — was arrested last week in Cotabato province, police said Tuesday.

Mark Anthony  “Rocky” Sison, who was arrested last Sept. 7 in Midsayap, has been served severals for murder, direct assault, and illegal possession of firearms, according to Brig. Gen. Vicente Danao, chief of the Calabarzon Police Regional Office.

Police tagged Sison as the leader of the Pogi Sison gang, which was formed in 2011 for gun-for-hire activities, narcotics trade, robbery, and extortion in Biñan, Laguna.

The group was also tagged in the killings of former members of the Biñan Police Station.

According to police, Sison went into hiding in Mindanao but remained as the leader of the gang which continued to operate.

On his arrest, Sison reportedly told police that he would closely work with them to go after other suspects in previous killings of his gang.