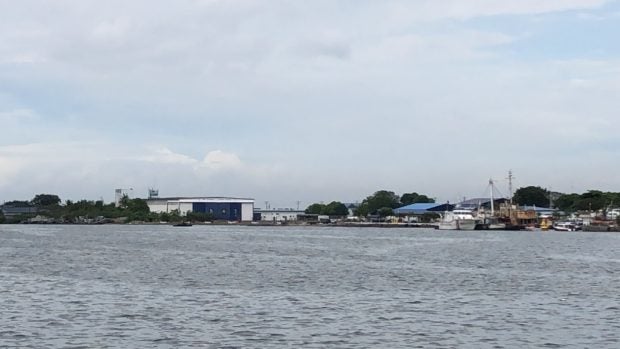 MANILA, Philippines — A lawmaker urged the Department of National Defense (DND) to retain two Navy stations in Sangley Point in Cavite to maintain security in the Philippines’ archipelago, especially in the Manila Bay area.

Quoting Navy chief Vice Admiral Giovanni Carlo Bacordo, Rodriguez said Sangley’s location “allows the Navy to conduct surveillance operations and use it as a staging point” and that it “is the guarding entrance to Manila Bay, which is the center of gravity of the national government.”

“Vice Admiral Bacordo reiterates that they want to keep that Navy’s presence in Sangey because ‘we want to guard the entrance to Manila Bay’ to ensure that ‘there are no security violations’,” Rodriguez said.

The lawmaker said the naval presence in that part of Cavite also serves as a reminder to Filipinos that Sangley Point was the site of the battle for Manila Bay during the Spanish-American War, which was a very important event in Philippine history that marked the end of centuries of Spanish rule in the country.

The Sangley Point International Airport (SPIA) is a 1,500-hectare master-planned international airport hub being developed by the Cavite provincial government, which has awarded the contract for the initial phase of the project to a consortium composed of MacroAsia Corp. and China Communications Co. Ltd.

The Navy has earlier opposed the plan to boot the military service command out of Sangley Point SPIA Project that is expected to ease congestion at Ninoy Aquino International Airport (Naia) in Manila. [ac]

Read Next
Netizen’s tip on Taguig party leads to arrest of 16, including minor
EDITORS' PICK
Trump, Biden head into first debate with presidency on the line
Palace slams Facebook over ‘censorship’: ‘Why only take down pages supportive of gov’t?’
Philippines extends coronavirus curbs for another month to prevent ‘Christmas surge’
Get 80% OFF Ignite 2020 Cyber Tickets starting 28 September
Water remains our saving grace right now
Smart poised to turn PH into ‘Smart 5G country’ with nationwide rollout
MOST READ
‘I offered to resign’ because of endless corruption, says Duterte
AMLC investigator says De Lima not involved in Bilibid drug trade
Duterte tells Facebook: Why keep operating in PH if you can’t help us?
Duterte keeps Metro Manila under GCQ for entire October
Don't miss out on the latest news and information.