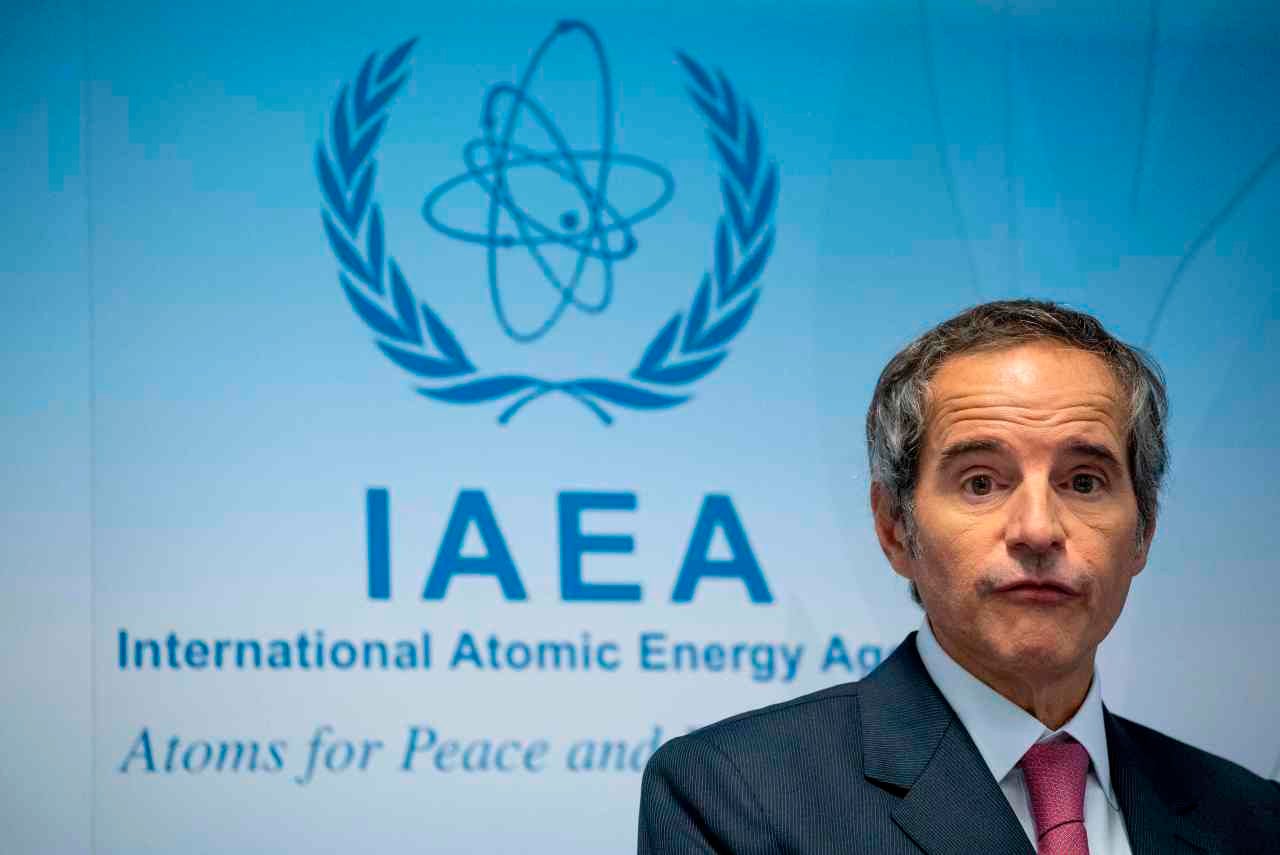 Rafael Grossi, Director General of the International Atomic Energy Agency, speaks during his press conference after the Board of Governors meeting of the IAEA at the agency’s headquarters in Vienna, Austria on September 14, 2020. (AFP-Yonhap)

SEOUL — North Korea’s nuclear activity is still a serious concern and its pursuit of atomic bombs is a clear violation of the UN Security Council resolutions, Rafael Mariano Grossi, director general of the International Atomic Energy Agency, told the IAEA board members Monday.

Noting that monitoring of the North’s nuclear program has limitations because inspectors are not allowed at sites there, the IAEA chief said the North appeared to have continued to operate nuclear facilities. UN inspectors were expelled from the North in April 2009.

“There were indications consistent with the production of enriched uranium at the reported centrifuge enrichment facility at Yongbyon,” he said.

It was likely that the North has continued activity at the experimental light-water reactor, though the 5-megawatt reactor and the Radiochemical Laboratory showed no signs of operations, he added.

Also on Monday, the commander of the US Strategic Command told a press briefing he could not discuss specifics of any operational plan, in response to earlier reports in Seoul that said the US considered using nuclear weapons in the event of a strike from Pyongyang.

“And I’ll tell you that whatever the situation is or whatever O-Plan needs to be considered, my forces will be ready to support what they’ll be asked to do,” Adm. Charles Richard said, assuring of the US commitment to providing extended deterrence to South Korea, a reference to the US nuclear umbrella to which North Korea has long objected.

Local news outlets in South Korea have reported that the US reviewed an operational plan aimed for a North Korea regime change and that the plan involved using 80 nuclear weapons, citing Woodward’s book “Rage” on the Trump administration.

“I say this unequivocally: Our operational plan does not involve nuclear weapons,” a senior Cheong Wa Dae official said, adding, “Mobilizing forces here in the Korean Peninsula is impossible without our consent.”

But experts pointed out that local reports seemed to have made an error in translating the book and said the US considered 80 nuclear weapons, when in fact the book discussed the US response to an attack that “could include” 80 nuclear weapons.