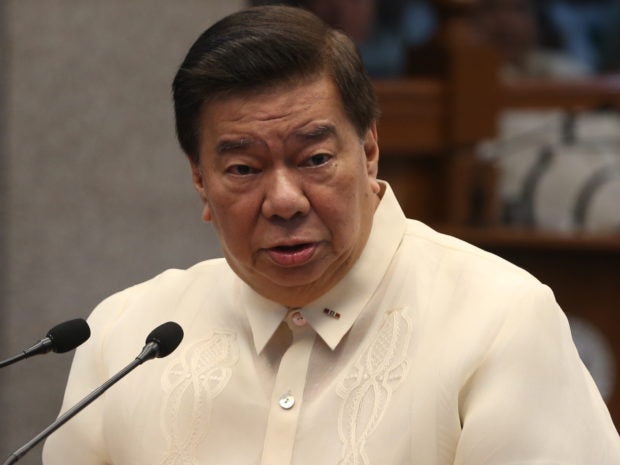 MANILA, Philippines — Senate Minority Leader Franklin Drilon on Monday questioned the government’s procurement of allegedly overpriced testing kits and medical equipment for COVID-19, saying the items were more than P400 million more expensive than those bought by the private sector.

Drilon raised the issue at the 2021 budget hearing and asked the Department of Budget and Management (DBM) to look closely at three contracts awarded by its Procurement Service (PS) and by the Department of Health (DOH).

“There are a number of procurements done by the DBM-PS and based on our research, the prices were higher compared to the prices in the private sector,” he said in a separate statement.

“From the three awards that we have studied alone, we could estimate that the total price was jacked up by almost half a billion. We could have saved around P422 million in taxpayer money if we exercised due diligence,” he added.

One of the questioned transactions was the procurement of P688 million worth of testing kits from Pharmally Pharmaceutical Corp. that were allegedly overpriced by P208 million.

Another purchase he asked the DBM to look into was of macherey nagel/nucleospin RNA virus preps kit from Lifeline Diagnostics Supplies Inc., valued at P73.1 million, which could be overpriced by P41.25 million.

The third transaction was the DOH’s purchase of Universal Transport Medium and the nasopharyngeal swab from Biosite Medical Instruments for P415.64 million, which was allegedly overpriced by P173 million.

Drilon said the DOH bought the items at P258 per set, but the same item was priced in the market at around P150 per set.

Budget Undersecretary Lloyd Christopher Lao, who is in charge of the department’s Procurement Service, said there had been instances when the department bought items at a high price because it was bound by the prices quoted by bidders.

Lao said the DBM was able to get cheaper prices when it was able to negotiate with the foreign manufacturers.

In the case of Pharmally, Lao said the P688-million contract awarded in April was for tests worth P1,720 each.

But while Pharmally was delivering the items, the government, through the Philippine Embassy in Singapore, was negotiating directly with the manufacturer of the tests and was able to get the tests for P925 each.

The P1.19-billion contract for the cheaper test kits was awarded on June 23.

“This was how we were able to get a cheaper price with the second bid, because we no longer bid it open only to local suppliers but to foreign suppliers as well,” he said.

If the bidders all offered high prices, the DBM had no choice but to buy items at a high price, Lao said. But when it was allowed to negotiate with suppliers, including foreign ones, it was able to get lower prices, he added.

Lao also cited the DBM’s purchase in April of test kits from Sansure at P1,464 per test, with the total contract price at P146 million.

During this time, the department followed the regular modes of procurement, including negotiating with local suppliers, he said.

“When we discovered it was very expensive, we tried contacting through our embassies, to contact directly the manufacturers,” he said.

When it got in touch with the manufacturer from China, the DBM-PS was able to buy the tests at P918 each, for a P3.6-billion contract, he said.

Drilon also questioned the DBM-PS’ award of contracts to blacklisted companies, including Ferjan Healthlink Philippines Inc., which got a P727.5-million deal for 500,000 sets of personal protective equipment (PPE). 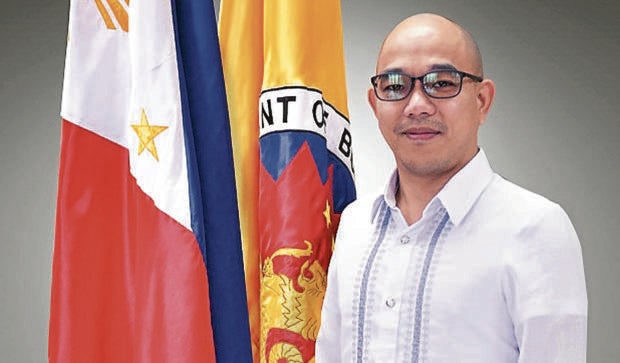 Lao said Ferjan Healthlink Philippines Inc. was the winning bidder, while the blacklisted company was called Ferjan Healthlink Enterprise. The two appeared to be different companies upon initial checking, as one is a sole proprietor company and the other is a corporation, he said.

Publicly available documents at the Securities and Exchange Commission (SEC) showed that Ferjan Healthlink Philippines was incorporated only in November last year and one incorporator was listed as the owner of the blacklisted Ferjan Healthlink Enterprises, a sole proprietorship.

The DBM canceled the contract last Friday partly due to delayed delivery and prices that were “significantly [higher]” compared to current levels, Lao said.

No advance payment was made to the firm, he added.

The Government Procurement Policy Board (GPPB) would also be changing the rules so that the blacklisting of a sole proprietorship would be carried over to the corporation where one of the owners of the blacklisted entity is a stockholder, he said.

The GPPB list of blacklisted firms included Muntinlupa City-based Ferjan Healthlink Enterprises, which had been banned from participating in government biddings for a two-year period effective Sept. 25, 2018, until Sept. 26, 2020, due to “nonfulfillment of delivery of supplies for drugs and medicines” to the local government of Zamboanga City.

Since Ferjan Healthlink Philippines was registered only late last year, pundits say it could not have presented a financial statement covering a one-year period—a prequalification requirement during bidding—when it participated in negotiated procurement at the height of the COVID-19 lockdown.

Drilon said the Procurement Service should have exercised due diligence in awarding the contracts. Blacklisted entities, he said, should not be allowed to hide behind the corporate structure to skirt their disqualification.

“While it is good that the contract was canceled, this begs the question: Why is the proper due diligence not conducted prior to the award of such a huge contract? Despite this being a negotiated/emergency procurement, blacklisted entities should not have been allowed to participate. Considering the lapses in screening Ferjan, it is highly possible that similarly situated suppliers may have also secured contracts with the DBM Procurement Service,” Drilon said.

Lao said contracts with blacklisted suppliers could be canceled but this would not stop possible cases against procuring entities that did not ensure they sourced goods and services from eligible firms.

On Sept. 3, GPPB Executive Director Rowena Candice Ruiz told the Inquirer that public officials and offices could face charges if found to have dealt with blacklisted suppliers.

Republic Act No. 11469 or the Bayanihan to Heal as One Act, which took effect from March to June, allowed negotiated procurement to expedite sourcing of essential goods “with clear and simple rules on liquidation, a liberal procedure in determining the price most advantageous to the government considering the urgency of the present situation, and measures to reasonably prevent abuses and corruption but not too restrictive as to delay the process,” the GPPB said in a resolution in April.

“The blacklisting rules have been implemented even before the passage of the Bayanihan Act. Apart from the publication of the blacklisted suppliers, one of the safeguards under the rules is the cancellation/denial of registration in the Philgeps of blacklisted suppliers,” she added, referring to the Philippine Government Electronic Procurement System, an online one-stop shop to source for provision of public goods and services.

When the Inquirer checked at the start of this month if any of the 67 blacklisted entities on the GPPB list landed contracts during the emergency procurement period, it found at least three—Ferjan Healthlink Enterprises, Cebu Business Materials Trading Co. Inc. and Jozeth Trading.

Ruiz said “procuring entities that awarded contracts to blacklisted suppliers have a remedy under the rules on termination of contracts.”

Also, “any interested person may likewise file a case before the Office of the Ombudsman against the responsible officials since the GPPB has no quasi-judicial function under the law,” Ruiz said.

“The Commission on Audit likewise has the authority to audit the financial transactions of an agency, and award of contracts to a blacklisted supplier is one of the items that COA monitors in its audit of agency transactions,” Ruiz added.