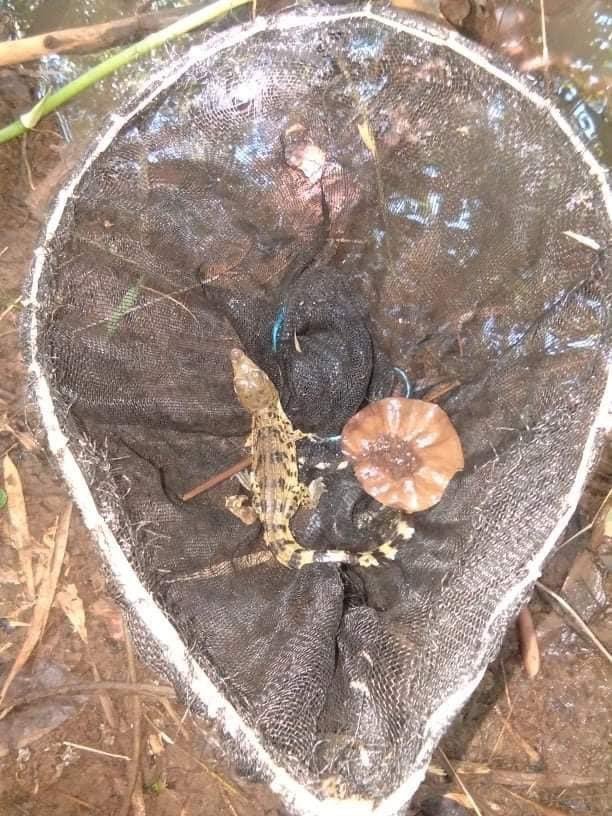 Mabuwaya Foundation, a crocodile conservation group in Isabela province, recovers five crocodile hatchlings in a creek after these were swept away in swollen rivers. PHOTO FROM MARITES BALBAS/MABUWAYA FOUNDATION

SAN MARIANO, Isabela-Five crocodile hatchlings were found safe in a creek here after the water level in the rivers near their nesting site rose due to relentless rains at the weekend.

Marites Balbas, Mabuwaya Foundation chief operating officer, said an adult female Philippine freshwater crocodile can lay from 16 to 27 eggs but her group recovered only five hatchlings from the riverside nests.

“The other hatchlings could have been washed away or some of the eggs rotted away,” Balbas told the Inquirer.

In August, the crocodile conservation  group also found eight crocodile hatchlings in the Dunoy Lake at the village of Cadsalan.

The foundation has brought the hatchlings to its breeding station.

Each hatchling will be released to the crocodile sanctuary once they measure 50 to 75 centimeters, she said.