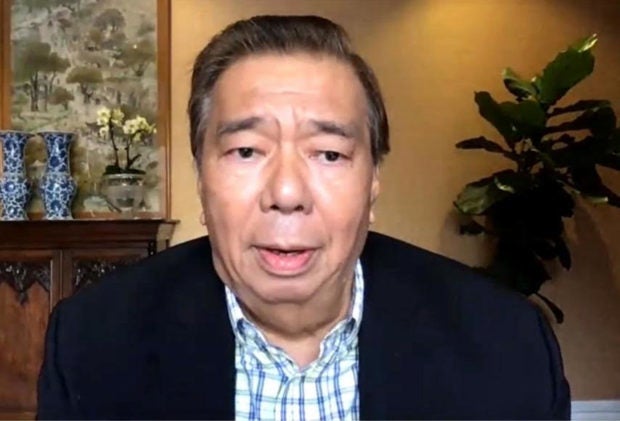 During the Senate deliberations on the proposed budget of the Department of Budget and Management (DBM) for 2021, Drilon asked Budget Secretary Wendel Avisado to look into the matter.

“There are a number of procurements which have raised questions because these are negotiated contracts and from our information, the prices were higher than what the private sector procured,” Drilon said.

“May I ask the DBM to look into these awards. The bidding was done by the [PS-DBM (Procurement Service of the DBM)],” he added.

Drilon cited as an example the contract awarded to Lifeline Diagnostics Supplies Inc. for the procurement of RNA extraction kits, which he said was allegedly overpriced by P41.2 million.

Further, he said the purchase of testing kits from Pharmally Pharmaceutical Corp. was around P200 million overpriced.

“The amount paid is P688 million. We have reason to believe that this is overpriced. Of course, we have not had an opportunity to go into it closely, but it would appear that it’s about P200 million overpriced,” Drilon said.

The bidding for these procurements were conducted by the PS-DBM, the senator noted.

In response, Budget Undersecretary Lloyd Lao, executive director of the PS-DBM, explained that the department was only able to initially procure these medical supplies at a high price because the bidding was limited to local manufacturers.

But he said that the PS-DBM eventually reached out to international manufacturers, through the country’s foreign posts, to procure medical supplies at a cheaper price.

“Because we are allowed to negotiate, we open our doors to international suppliers as well which with the help of our ambassadors from China and Singapore, we were able to get it for at least 40 to at least 50 percent cheaper than the prices we are sourcing it locally,” he added.

Drilon then asked the DBM to submit to the Senate finance committee a report containing a list of procurements where the amount paid could have been lower should the department opened up to more suppliers.

“Can you give us a written report of similar procurements where you discovered that you were able to negotiate a lower price and why the initial higher price was accepted from the suppliers. You were saying this was an emergency purchase,” the minority leader said.

“Can you just go through all of these supplies where in your judgement, we could have gotten a better deal had we applied the techniques that you later on adopted,” he added.

Lao assured the senator that the PS-DBM will submit the required report.

Aside from the procurement made by the PS-DBM, Drilon flagged the Department of Health’s purchase of universal transport medium and nasopharyngeal swabs from Biosite Medical Instruments.

“[This is] about P174 million overpriced,” the senator said.