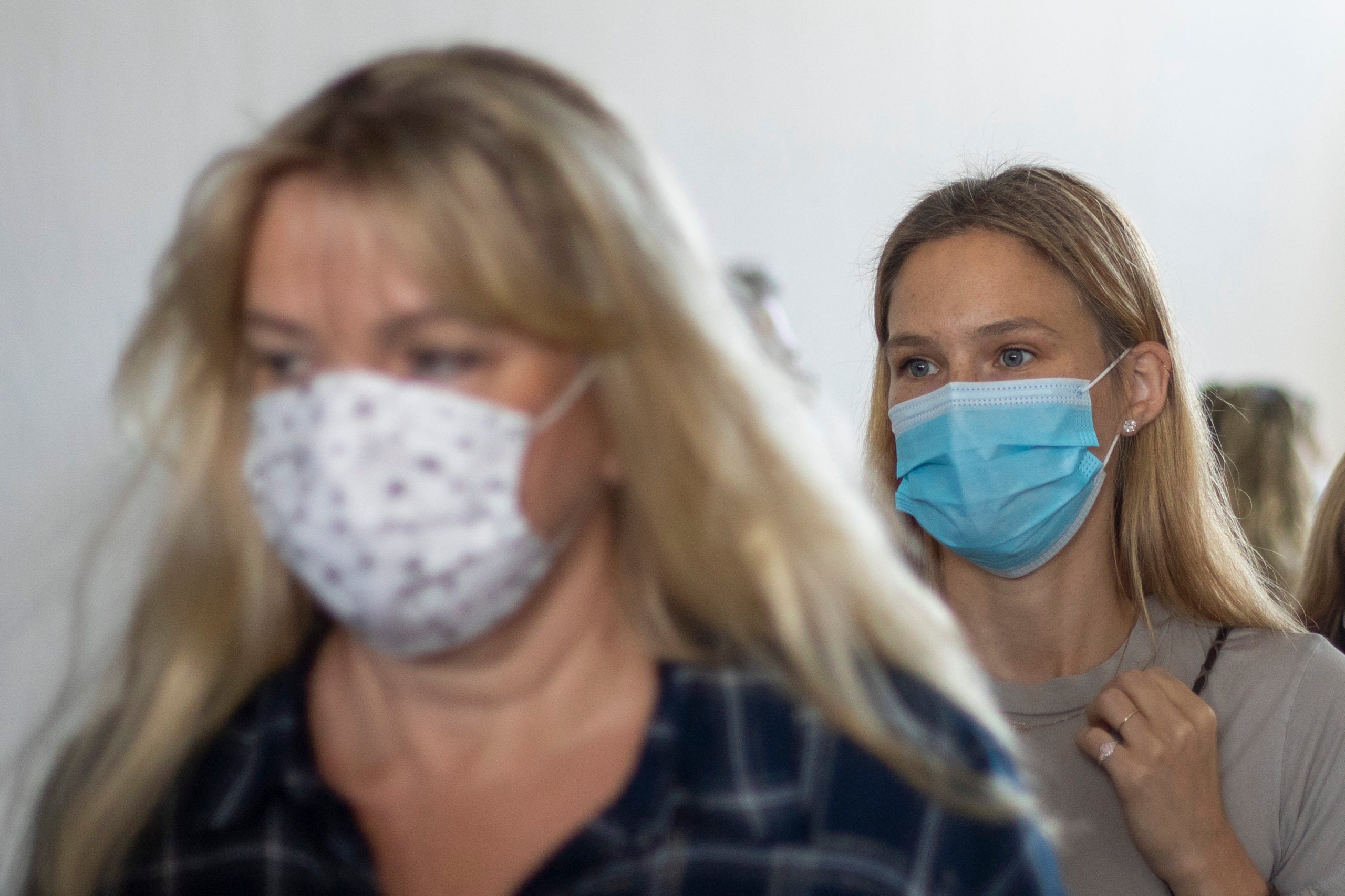 Israeli top model Bar Refaeli, right, and her mother, Zipi Rafaieli wear face masks amid the coronavirus pandemic as they leave a courtroom in Tel Aviv, Israel, Sunday, Sept. 13, 2020. The Israeli court sentenced Bar Refaeli to nine months of community service and her mother was sentenced to 16 months in prison, ending a prolonged tax evasion case that had sullied the image of a once-beloved national icon. (AP Photo/Ariel Schalit, Pool)

TEL AVIV, Israel — An Israeli court sentenced top model Bar Refaeli on Sunday to nine months of community service and sentenced her mother to 16 months in prison, ending a prolonged tax evasion case that had sullied the image of a once-beloved national icon.

Refaeli entered the Tel Aviv courthouse in a beige T-shirt and wearing a light blue surgical face mask. She was accompanied by her father, Raffi, her mother, Zipi, and flanked by lawyers. The 35-year-old Refaeli and her mother were convicted in July on offenses of evading paying taxes on income nearing $10 million.

According to a plea bargain accepted by the court, the two were also ordered to pay a $1.5 million fine on top of millions of back taxes owed to the state. Zipi Refaeli is set to begin serving her prison sentence next week.

The prolonged case, built around the celebrity model’s worldwide income and the family’s attempts to downplay her ties to Israel, damaged her well-crafted public image as an informal ambassador for the country.

Still, she remains a popular TV personality and pitch-woman whose image is ubiquitous on highway billboards throughout the country. Last year, she hosted the Eurovision Song Contest in Tel Aviv.

The case centers around Refaeli’s residence during years when she traveled around the world in high-profile modeling campaigns, graced the cover of the Sports Illustrated swimsuit edition, and had a lengthy romantic relationship with Hollywood actor Leonardo DiCaprio.

Israeli tax law determines residency primarily upon whether the person spent most of the calendar year in the country. Refaeli claimed that she hadn’t and therefore did not have to declare her income during certain years.

Prosecutors rejected her claim and charged her with providing incorrect tax information. Refaeli’s indictment said she earned some $7.2 million between the years 2009-2012 while claiming to reside overseas to avoid paying Israeli taxes on her income.

In previous appeals, an Israeli court ruled that Refaeli’s relationship with DiCaprio did not qualify as a “family unit,” and therefore she could not claim his U.S. residence to avoid paying the full taxes she owed.

Refaeli’s lawyers said the plea bargain proved she had not intentionally evaded paying taxes. Refaeli’s mother, who also acted as her agent, was charged with failure to report income, avoiding paying taxes and aiding someone else in evading tax payments. The indictment said she signed leases for her daughter under the names of other family members to blur Refaeli’s actual residency status and refrained from declaring her own income as her daughter’s agent.

Read Next
COVID-19 cases in PNP breach 5,000 as 113 new infections logged
EDITORS' PICK
A delightful blessing!
Gov’t plans to open COVID-19 vaccination for 5- to 11-yr-olds by January 2022
Gov’t eyeing COVID-19 vaccine booster for essential workers, indigents by Dec. 10
Villar Group gears up for AllValue Shopping Party on Dec. 3; around P 1-million promos and discounts up for grabs
Omicron variant detected in more countries as scientists race to find answers
Legarda: Ending Violence Against Women, a cause for all
MOST READ
Omicron poses ‘very high’ global risk, countries must prepare–WHO
Quiboloy warns of ‘much worse than Omicron virus’ if his ‘persecution’ is not stopped
Bongbong Marcos’ conviction in tax case not a crime involving moral turpitude — lawyer
Marcoleta defends pol ads on ABS-CBN
Don't miss out on the latest news and information.