Pemberton deported, flies back to US after presidential pardon 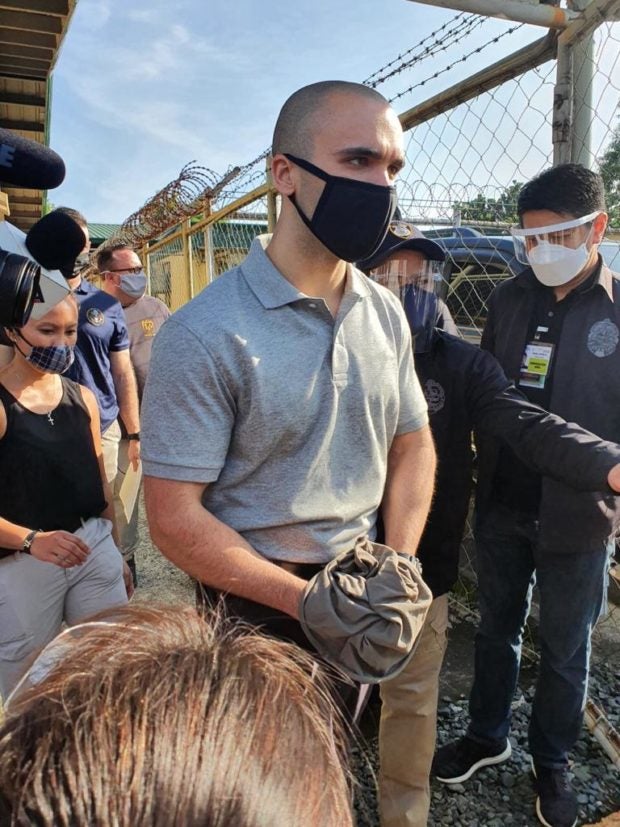 He was flown out by an American military aircraft which took off from tbe Ninoy Aquino International Airport at 9:14 a.m.

“Pemberton has successfully been deported, military plane left at exactly 9:14 this morning,” Sandoval told INQUIRER.net in a text message.

Pemberton, who was convicted of brutally killing transwoman Jennifer Laude in 2014, was released by virtue of the absolute pardon granted by President Rodrigo Duterte.

Despite his pardon, Pemberton has been blacklisted from re-entering the Philippines.

“As a consequence of the deportation order against him, Pemberton has been placed in the Bureau’s blacklist, perpetually banning him from coming back,” BI Commissioner Jaime Morente said.

Pemberton has been in the BI’s blacklist since Sept. 16, 2015,when he was ordered deported by the BI’s Board of Commissioners for being an undesirable alien, after being charged for murder, and later being convicted of homicide.

In a statement, the United States Embassy in the Philippines said Pemberton “fulfilled his sentence as ordered by Philippine courts.”

“All legal proceedings in the case took place under Philippine jurisdiction and law,” it said.

“Lance Cpl. Pemberton fulfilled his sentence as ordered by Philippine courts and he departed the Philippines on September 13,” it added.