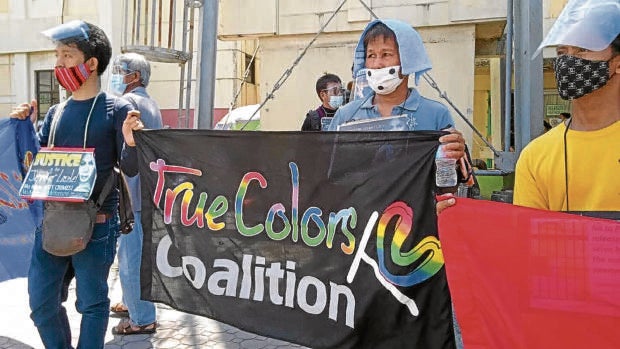 DEATH OF SOVEREIGNTY Members of the activist group Kilusan para sa Pambansang Demokrasya hold a rally outside the Hall of Justice in Olongapo City, denouncing developments in the Pemberton case. —CONTRIBUTED PHOTO

MANILA, Philippines — President Rodrigo Duterte has granted “absolute pardon” to US Marine Lance Cpl. Joseph Scott Pemberton amid public fury over an Olongapo City court order for the American’s release before completing his prison term of six to 10 years for the 2014 killing of Filipino transgender woman Jeffrey “Jennifer” Laude.

Presidential spokesperson Harry Roque said there was no need for Mr. Duterte to explain his actions when asked why the President pardoned Pemberton.

“There is no need for him to give a reason … That is one of the most presidential of all presidential powers, the grant of pardon and parole,” he said.

In a taped press briefing aired on Monday night, Duterte defended his decision, saying the country “did not treat him [Pemberton] fairly” when one considers the “presumption” of his “good character” as well as questions prevailing over his actual prison time.

On Monday, Jabalde began hearing the motion filed by the Laude family, asking the court to reconsider its order. Virgie Lacsa-Suarez, lawyer for the family, said the court “committed grave mistake and inexcusable negligence when full credit of GCTA was given to Pemberton without even requiring proof of good conduct.”

Pemberton, who was sentenced to six to 10 years in prison in 2015 for killing Laude, had not even apologized to the family of his victim in the course of his jail term, Suarez said.

“They [Pemberton’s camp] have been bragging about his good conduct, but the Laude family has never heard him apologize. Yes, that is not required by law but that would have simply shown his good manners and right conduct,” she told reporters outside the courtroom.

In a phone interview with reporters, Roque confirmed Duterte’s decision, which was first announced by Foreign Secretary Teodoro Locsin Jr. on Twitter at 5 p.m. on Monday.

‘There is no more issue’

“Cutting matters short over what constitutes time served, and since where he was detained was not in the prisoner’s control — and to do justice — the President has granted an absolute pardon to Pemberton,” tweeted Locsin from Malacañang.

With an absolute pardon, Roque said: “Pemberton can now be freed. There is no more issue if he is entitled to good conduct time allowance or if the law is applicable to him since he was not imprisoned [in] the national penitentiary. The President has erased whatever punishment should be placed on Pemberton.”

Roque, a former lawyer for the Laude family, went on: “What the President did not erase is Pemberton’s conviction. He still killed someone. But whatever the penalty is, the President erased that.”

Pressed if the grant of pardon to Pemberton would be contrary to the President’s perceived anti-US stance, Roque claimed that Duterte “was not anti-US” but an “independent foreign policy, friend of all, enemy to none.”

Days earlier, the Palace official urged Pemberton’s custodians not to release him yet as the government would still appeal the court’s release order. He even condemned Laude’s death at the hands of Pemberton as “symbolic” of the death of Philippine sovereignty. 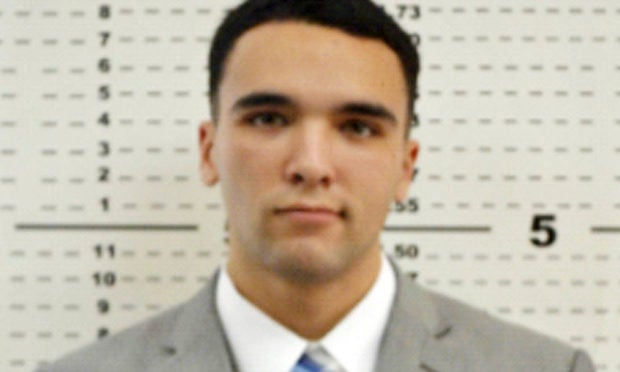 “The processing of GCTA for convicts continues. However, there are cases affected by the new IRR (implementing rules and regulations), for example, those charged with heinous crimes but eventually convicted of nonheinous crimes,” said Justice Undersecretary Markk Perete.

Malacañang claimed that there was nothing inconsistent with Duterte’s move to pardon Pemberton over his strong pronouncements against US interference in local affairs.

Earlier this year, the President decided to abrogate the Visiting Forces Agreement with the United States but then moved to defer its termination in light of the novel coronavirus pandemic. In the past, he had spoken strongly against US interference in Philippine affairs and even threatened to terminate the VFA because of the cancellation of the US visa of Sen. Ronald dela Rosa, one of his closest allies in the Senate.

The President has also banned several US senators who supported an entry ban for officials involved in the detention of opposition Sen. Leila de Lima.