Bureau of Immigration: Pemberton to be blacklisted 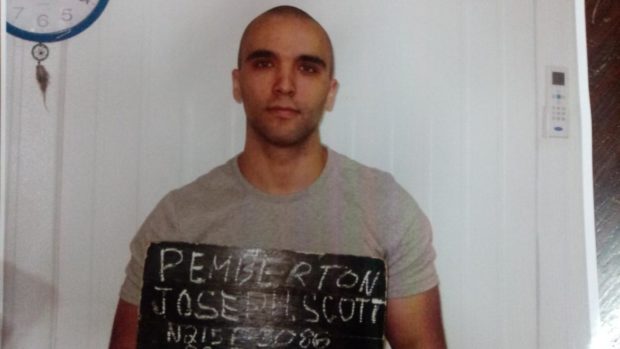 MANILA, Philippines — U.S. Marine Lance Corporal Joseph Scott Pemberton will be blacklisted by the Bureau of Immigration (BI) and cannot return to the country after his deportation, the Department of Justice (DOJ) said Saturday.

“Under the rules, a person blacklisted on the basis of moral turpitude may apply to lift the order of blacklisting 10 years after its implementation,” he added.

“His order for deportation is based on a finding of undesirability on account of the commission of a crime involving moral turpitude (homicide).”

Pemberton was convicted in 2015 for the death of transgender woman Jennifer Laude, and was sentenced to six to 10 years in prison.

But an Olongapo City court granted his early release, citing that the US serviceman had already served the 10-year maximum of his penalty after taking into account the good conduct time allowances he accumulated while in detention.

Amid a motion for reconsideration filed by the Laude family to stop the release of Pemberton, President Rodrigo Duterte had granted him absolute pardon.

On Friday, Pemberton’s custody was transferred to the BI from the Bureau of Corrections.

BI spokeswoman Dana Sandoval, in a text message to reporters, said that immigration agents are currently in a meeting in Camp Aguinaldo to discuss logistical preparations for Pemberton’s deportation.

“Required documents have already been submitted, but his final flight details and preparations for implementation have yet to be discussed,” Sandoval said.