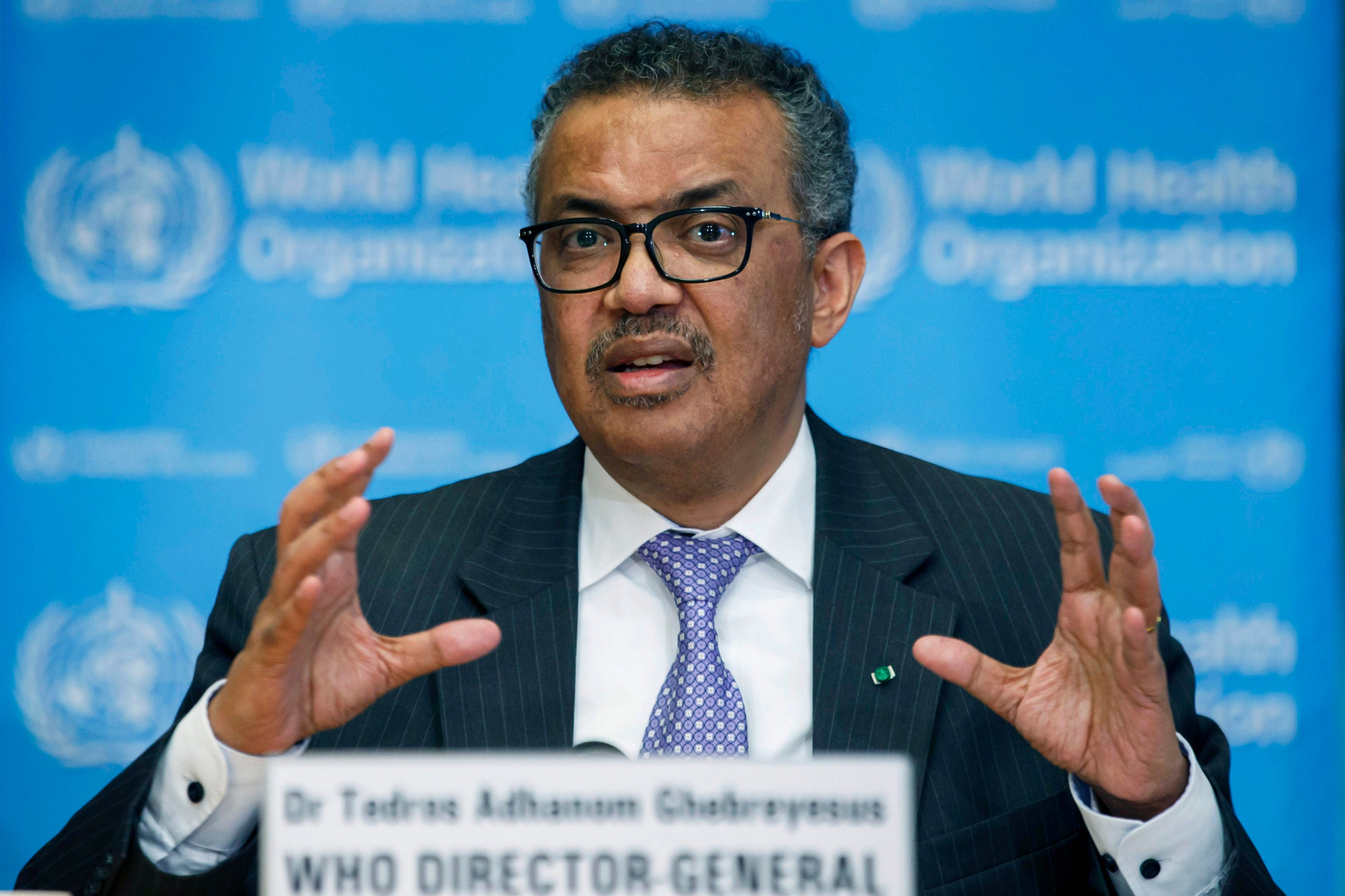 FILE – In this Monday, March 9, 2020 file photo, Tedros Adhanom Ghebreyesus, Director General of the World Health Organization speaks during a news conference on updates regarding COVID-19, at the WHO headquarters in Geneva, Switzerland. (Salvatore Di Nolfi/Keystone via AP, file)

Six months on since declaring a pandemic, the World Health Organization chief said on Thursday the lack of solidarity and leadership among world powers was “what worries me most” in the fight against COVID-19.

WHO director-general Tedros Adhanom Ghebreyesus said the new coronavirus was still spreading around the planet precisely due to the gaps between the major players in combatting the disease.

Though the UN health agency declared a public health emergency of international concern — its highest level of alarm — on January 30, Tedros first described the outbreak as a pandemic on March 11, capturing public attention.

Reflecting on this point in the crisis during a virtual news conference, Tedros said: “What worries me most is… a lack of solidarity.

“Because when solidarity lacks, and when we’re divided, that’s a very good opportunity for the virus — and that’s why it’s still spreading.

“That’s what worries me and that’s what I ask the world to do.

“We will need solidarity and we will need global leadership, especially of the major powers in the world. That’s how we can defeat this virus.”

The virus has killed more than 900,000 people and infected at least 27.9 million since the outbreak emerged in China last December.

‘End will not come soon’

The United States is pulling out of the WHO, with President Donald Trump accusing it of being too slow to declare a pandemic and too close to China.

And the WHO-led ACT-Accelerator program, a global collaboration to hunt for COVID-19 vaccines and treatments, has so far only received less than a tenth of the required funding.

United Nations Secretary-General Antonio Guterres said Thursday that the near $3 billion contributed so far had been critical for the initial phase since the accelerator’s launch four months ago.

However, $35 billion more was needed to shift from start-up to scale-up — beginning with $15 billion in the next three months.

WHO emergencies director Michael Ryan said that in the last six months, the pandemic had hit the world hard — but warned the end was not yet in sight.

“We mourn the loss of the people who have been lost, we celebrate the bravery of our front-line health workers… we stand with those people who are feeling the pain from this pandemic,” he said.

Ryan said the WHO would now commit to continuing to fight the virus, to suppress transmission and to develop and deliver a safe vaccine.

“We can only commit to do what is humanly possible,” he said.

“The end will not come soon.

“Every citizen on this planet is tired, and we wish this virus were not with us. But we we must work to the end of this — and I believe we will.”