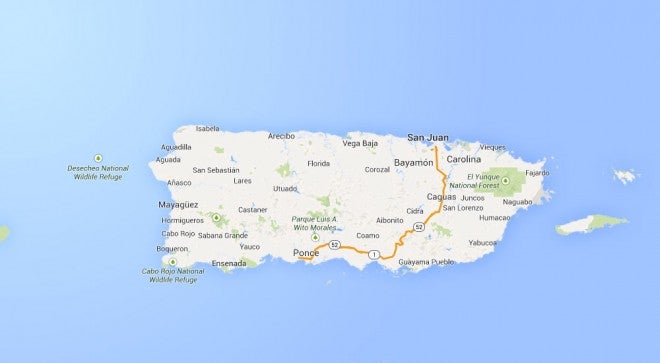 SAN JUAN, Puerto Rico  — Puerto Rico’s governor on Thursday announced she would reopen beaches, casinos, gyms and movie theaters across the U.S. territory as officials report a recent drop in COVID-19 cases and deaths that some experts worry could once again spike.

The changes will be in effect from Saturday until Oct. 2. Face masks and social distancing, especially at the beach, remain mandatory, bars and clubs will stay closed and a 10 p.m. to 5 a.m. curfew will continue.

“We cannot lower our guard,” said Gov. Wanda Vázquez. “There’s an invisible enemy in our environment, and we have to learn to deal with him.”
The island of 3.2 million people has reported more than 500 deaths, along with more than 17,000 confirmed cases and another 19,000 probable ones. More than 420 people remain hospitalized.

Dr. José Rodríguez Orengo with the Puerto Rico Public Health Trust, told The Associated Press that the pandemic on the island has improved in the past three weeks.

“It’s all going to depend on people’s behavior to maintain that,” he said.

As part of the new executive order, Vázquez said she will lift a 24-hour lockdown on Sundays and allow restaurants to increase their capacity from 25% to 50%. She also ordered most public workers to return to their offices on Sept. 14, although public schools will continue to hold classes online.

Beaches, which had been open only to those doing exercise including surfers and joggers, will now reopen to everyone.

Many business owners praised the changes given the island’s decade-long economic crisis and the financial impact that hurricanes Maria and Irma and a recent string of earthquakes have already had on Puerto Rico’s fragile economy.

But some of the upcoming changes raised concerns among independent health experts who worried about another spike in cases like the one that occurred after Vázquez announced similar reopenings in early June, which led to stricter measures in August.

Epidemiologist Roberta Lugo told the AP that such a wide-ranging easing of measures was worrisome especially given that contact tracing and monitoring systems have not been fully implemented, and that businesses are largely expected to auto-regulate themselves.

She warned there would be a rise in cases and deaths given the reopening of places such as casinos, gyms and theaters, which she said are considered high-risk places.

“One gets frustrated,” she said. “What are we going to do when October comes? Impose another round of restrictions?…Puerto Rico cannot afford to repeat what happened in August.”