NYC chair says mission is to save youth, Kabataan solon from Joma Sison 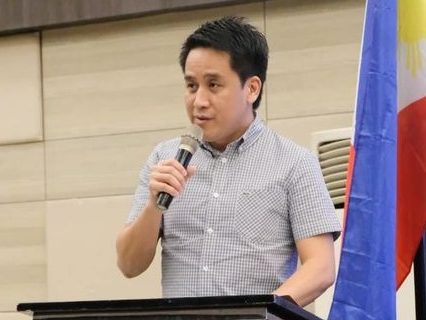 Photo from the Facebook page of NYC chairman Ryan Enriquez

MANILA, Philippines — It is the mission of the National Youth Commission (NYC) to “save” the youth as well as Kabataan party-list Rep. Sarah Elago from Communist Party of the Philippines chairperson Joma Sison.

This was the explanation of NYC chairperson Ryan Enriquez when asked about why the agency has a low utilization rate of its 2020 budget.

When further asked on NYC’s low utilization of its 2020 budget, Enriquez instead mentioned the proposed budget of the NYC for 2021.

Bulacan Rep. Jonathan Sy-Alvarado, who is presiding over the hearing, had to explain to Enriquez the meaning of utilization rate.

Enriquez also failed to answer Elago’s queries on the low engagement of the youth on policy advisories and advocacies.

Elago said that from the target of engaging 100 youth-serving organizations, the NYC has only reached out to 10%.

In response, Enriquez said the NYC was unable to do consultations because of the coronavirus pandemic.

However, Elago said that what she was pertaining to was the performance of the agency in 2019, when the pandemic has not hit the country yet.

The NYC chairperson instead answered that the agency is doing its job.

Elago then manifested during the hearing the calls of several organizations for the removal of Enriquez as the head of the NYC and their plea for “genuine youth representation” and “better youth leadership” in NYC.

She also called for the response of Enriquez to the letter of the NYC employees association on issues regarding alleged abuse of authority and violations in the security of tenure, among others.