Asking Badoy to step down will be last resort — PCOO exec 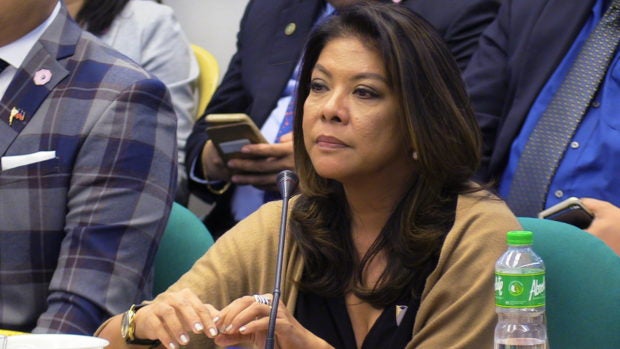 MANILA, Philippines — Asking Presidential Communications Operations Office (PCOO) Undersecretary Lorraine Badoy to resign will be the agency’s “last resort” after she was under fire for red-tagging some lawmakers, an official said Thursday.

“Iiwasan po natin yan, we don’t want to have a repeat of two years ago,” PCOO Assistant Secretary Kris Ablan said in an interview over Teleradyo when asked if Badoy will be asked to resign.

(We will avoid that, we don’t want to have a repeat of two years ago.)

(I already lost an officemate,  Mocha Uson, who was transferred to OWWA.)

Uson resigned in October 2018 following calls for her to step down amid blunders including a lewd video on promoting federalism.

A year later, she was appointed as OWWA deputy administrator.

(Once the issue between NTL-ELCAC, Usec. Badoy and the Makabayan group are cleared, that will be the last resort. We will try our very best to protect our officials.)

PCOO Secretary Martin Andanar distanced himself from the issue and said NTF-ELCAC’s stand does not reflect that of the PCOO’s.