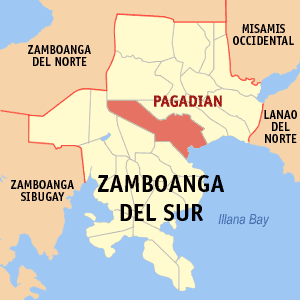 PAGADIAN CITY — Residents of Kumalarang, Zamboanga del Sur recently witness to an unusual turn of political events when their top elective leaders were suddenly unable to discharge their official duties.

On Tuesday, Governor Victor Yu ordered the suspension for 60 days of Mayor Ruel Molina who is facing an administrative case before the Sangguniang Panlalawigan filed by officials of a village in the town, allegedly for abusing his authority.

The complaint was filed with the provincial legislature last July.

Molina’s preventive suspension was recommended by the provincial legislature to prevent him from influencing witnesses or posing a threat to the safety and integrity of records relevant to his case.

Although the suspension order was served on Tuesday afternoon, it was not yet known if the document has reached Molina.

With Molina’s suspension, Vice Mayor Allan Damas was expected to take over the Office of the Mayor as officer in charge.

However, on Tuesday evening, operatives of the Criminal Investigation and Detection Group arrested Damas by virtue of a warrant released on July 10, 2020, for a graft conviction.

In a June 22, 2018 decision, the Sandiganbayan Sixth Division found Damas guilty of nepotism by appointing a relative as municipal treasurer in 2006, when he was the town’s chief executive.

The anti-graft court ordered Damas imprisoned from six to eight years, and imposed on him a perpetual disqualification from holding public office.

Damas and Molina ran under the ticket of Gov. Yu during the 2019 midterm polls.