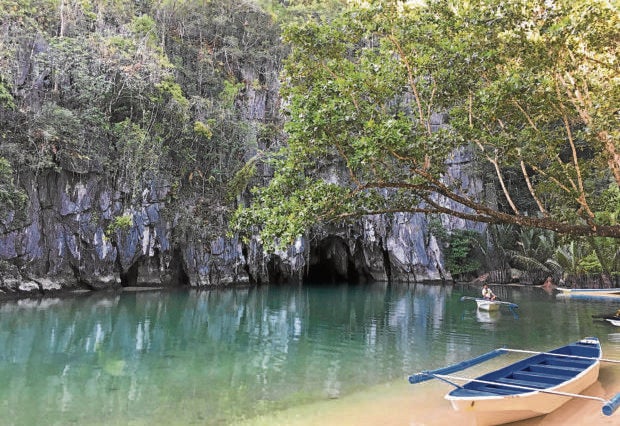 HIDDEN WONDER Beyond the narrow entrance to the Puerto Princesa Underground River is a jaw-dropping sight of stalagmites and stalactites, rock formations, caves, river channels and a colony of bats and marine creatures protected by communities in Puerto Princesa City, Palawan. —ROBERT JAWORSKI L. ABAÑO

Park superintendent Elizabeth Maclang said only 61,458 visitors went to PPSRNP, roughly translating to an income of P20.68 million, from January to March 15. This was 18 percent of the 331,556 people who came in 2019, which generated P107.63 million.Survival

“As the pandemic hits the [tourism] industry globally, the PPSRNP has been heavily affected by having zero tourist arrival [from March 15 to date],” Maclang told the Inquirer by phone on Tuesday.The loss threatens the survival of the park, which will need at least P50 million to operate up to the end of the year and support a 224-member workforce, Maclang said.The park is planning to reopen some of its attractions by Sept. 18, but the Puerto Princesa Underground River tour will remain suspended, she added.

The 22,202-hectare park, which features the 8.2-kilometer underground river as its main attraction, has been described by United Nations Educational, Scientific and Cultural Organization (Unesco) as having “one of world’s most impressive cave systems, featuring spectacular limestone karst landscapes, pristine natural beauty, and intact old-growth forests and distinctive wildlife.”

It also offers spelunking, zipline and mangrove, jungle trail and beach hopping tours.“We are [anticipating that] we will [still have] no income for the next year. Since the park is temporarily closed, 81 percent of community members are experiencing a financial crisis,” Maclang said.

Park workers, whom Maclang described as “hardworking front-liners,” are “on the verge of becoming jobless,” a situation that management is trying to avoid, she said.

Maclang said the employees were busy guarding the park’s forest from poachers and were also assisting health workers.

She said the quality of life in at least three villages surrounding the park had improved because at least 90 percent of its workers were locals.

“If we remove them, they may be a possible threat in the park because they will be unemployed and may venture into kaingin (slash-and-burn farming) or illegal logging,” she said.

Maclang said the P50 million needed to maintain the park and support its workers until December could be taken from its P110 million in savings from 2015 to 2019.