SUV goes out of control, crashes into 3 people in QC vet clinic

MANILA, Philippines —  Three persons were injured after a sports utility vehicle (SUV) suddenly went out of control and rammed a group of people waiting outside a veterinary clinic in Fairview, Quezon City.

In CCTV footage provided by the Quezon City Police District (QCPD), it showed four people waiting outside the clinic along Regalado Avenue when the SUV suddenly crashed into them at  10:30 a.m. on Saturday.

The QCPD identified the victims as 23-year-old John Jezreel Villanueva, 22-year-old Diana Tonga and one minor.

Based on the police report, the driver was about to park outside the clinic when his vehicle suddenly accelerated “beyond his control.” 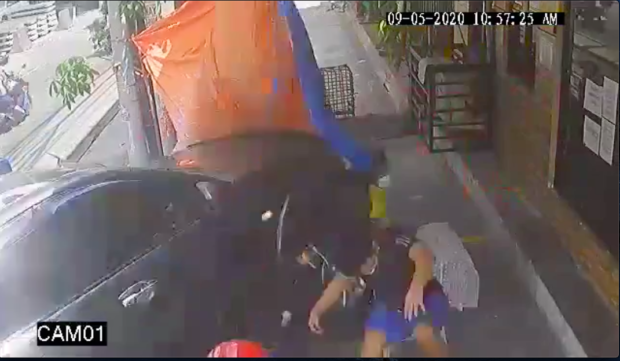 The victims were then rushed to the Quezon City Disaster Risk Reduction and Management Office and at the Far Eastern University-Nicanor Reyes Medical Foundation Medical Center.

“With regards to the property of the clinic which was damaged by the suspect, the owner and the suspect made an agreement on their own,” the QCPD’s report read. [ac]