Moreno to critics of Manila Bay rehab: Trust the gov’t; believe the process 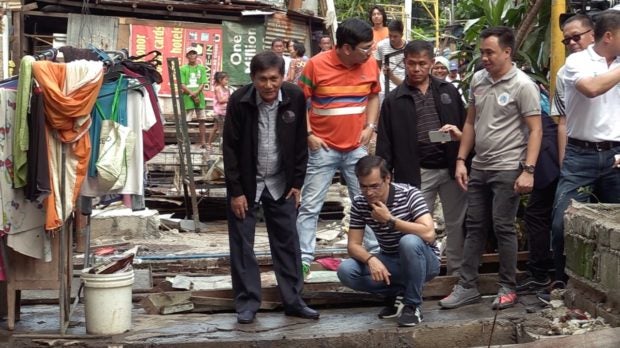 MANILA, Philippines — Manila Mayor Isko Moreno on Wednesday brushed off environment groups’ remarks that Manila officials must be held accountable for the controversial white sand makeover in Manila Bay by saying the organizations must continue to believe in the government’s “process.”

“I wish them all the best and good luck,” Moreno said during a Kapihan sa Manila Bay online forum, reacting on Oceana Philippines-led environmental coalition’s request to stop the transformation of Manila Bay coastline and hold officials, including Moreno, accountable for the project.

“That is why there is government e, that is why may pamamahala at may mga ahensya ng gobyerno. We must continue to believe in the process. Sometimes, yes,  we get frustrated and say parang ‘ang hirap naman’ but you know in a civilized world, in a civilized time, we must be guided with the law and order,” Moreno added.

The environmental groups on Tuesday said the Department of the Environment and Natural Resources, Congress, Office of the Ombudsman, Department of Agriculture, and Moreno must be held responsible for filling the Manila Bay’s shore with artificial sand made out of crushed dolomite, which Department of Health (DOH) flagged as dangerous to public health.

The groups said the officials must also investigate why the project continued despite violating five national laws.

Moreno also reiterated that he already sent a letter to Environment Secretary Roy Cimatu to clarify if there is proof that dolomite poses risk to health.

(What Doctor Vergeire said, if it is inhaled, that gave me attention because she is a doctor and a member of the government. But she has a good opinion that can become a basis for discourse and can be given attention.)

The DENR insisted that the crushed dolomite used in the Manila Bay white sand makeover project is safe because it was already processed. Cimatu also added that the size of a crushed dolomite is larger like a sand and not like a dust that may fly in the air and cause respiratory illness when inhaled.

The Manila Bay white sand project is part of the January 2019 Manila Bay Rehabilitation Program which seeks to remove pollution in the bay. The Manila government has been actively participating in the cleanup process of Manila Bay.