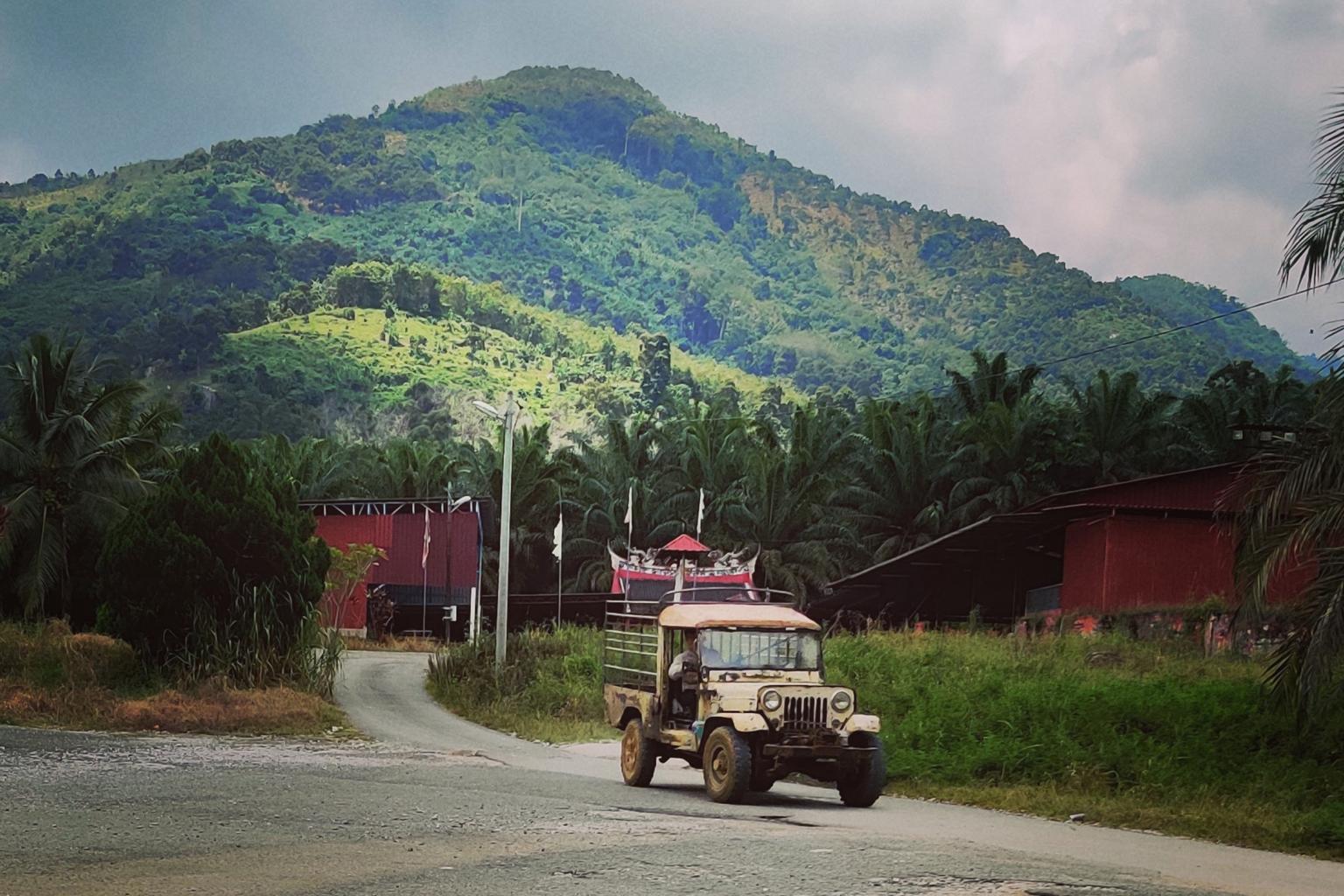 The hills beyond Sungai Klau where the Musang King durians are planted at high altitude. ST PHOTO: RAM ANAND

RAUB, PAHANG, Malaysia — At foothills deep in the interior of Malaysia’s Pahang state, a bitter tussle is pitting a large group of unlicensed farmers and a new company owned by Pahang royalty over the country’s famous Musang King durians.

The 1,000 or so farmers are mostly ethnic Chinese who have been planting durian trees in Raub, a two-hour drive from Kuala Lumpur, for the past four to five decades by clearing government-owned forest land.

The farmers, whose ancestors named the Musang King durian that is widely regarded as Malaysia’s most loved durian variant, have said that the state had repeatedly rejected their attempts to independently legitimise their farms over the past 20 years.

The Pahang state government in March decided to grant the rights of the land currently occupied by the farmers to a private entity and a state-owned vehicle instead, and these two firms, in a joint venture, are offering a legalization scheme the terms of which, the farmers say, are heavily weighed against them.

The RPD-PKPP joint venture was given land rights for 2,168ha in Raub for durian cultivation on a big scale – and around half of the granted land is occupied by the farmers.

A key RPD proposal is a promise to buy Musang King durians at a fixed price of RM30 (S$9.85) per kilo from the farmers. It claims this provides a good profit margin as the cost for planting durians is only RM8 a kilo.

The firm said in a statement last Tuesday (Sept 1) that the scheme is a “win-win” proposal for both sides, as the farmers will now be allowed to legally grow their durian trees while RPD buys the king of fruits from them at a fixed price.

“Based on independent verification, cost of production of about RM8/kg will therefore assure the farmers an expected margin of more than 200 per cent,” RPD said.

The farmers also have to pay RM6,000 a year for every one acre – or 0.4ha – of durian planted land, before the legalization scheme starts in 2021.

The durian farmers are vehemently against the scheme, as they would have to sell durians at a fixed price to RPD-PKPP, as opposed to the current fluctuating market price which they say befits the inconsistent produce rates of a durian tree. They say the cost price estimated also does not take into account the years it takes for a durian tree to mature.

The farmers have formed the Save Musang King Alliance (Samka) to defend what they see as their rights over the farmed land.

Samka chairman Chang Yee Chin, who has organized the farmers’ protests and led the battle into the courts, said the farmers had engaged with RPD multiple times and are unable to accept the terms of the legalization scheme.

He contends that the scheme pushes most of the liabilities on to the farmers, limits their profit and sets unrealistic expectations on produce volume.

“A durian tree’s produce only lasts three weeks, and they expect the three weeks’ effort to cover the cost of the whole year’s effort,” Mr Chang told The Straits Times.

The farmers have obtained an injunction against the joint venture moving in on their farms after the land office asked the farmers to vacate their farms by Aug 24. The farms are located at the foothill village of Sungai Klau, about 30km into the heart of a vast agricultural plain in Malaysia’s third biggest state.

The case is set to be heard in court on Oct 28.

However, Malay political organizations in Kuala Lumpur have introduced a racial undertone to the battle, as most of the farmers are ethnic Chinese.

Parti Islam SeMalaysia has called the farmers “intruders” and urged action be taken against them, while rallying support for the state government’s stance.

Putra, another Malay political party, has urged the authorities to investigate elements of corruption in the case, and even called for the repossessed farms to be gazetted as Malay reserve land and given to army veterans.

But the story of this village in Sungai Klau is one that involves both Malay and Chinese settlers, and the farmers are shunning attempts to turn a legal battle into a racial one. As part of its efforts to eradicate the communist presence in these hills in the 1970s, the Pahang state government through its agricultural arm offered a home and a piece of land to 200 Malay and Chinese families to resettle there.

While the home grants and some of the land grants were issued, many of the settlers have waited for decades to get the land titles promised to them.

Farming in these hills developed soon after: Settlers planted rice, cocoa, papaya, banana, and other variants of durian, without much success.

In the 1990s, they discovered the Musang King variant, which can sell today for as much as RM55 a kilo.

This area now accounts for 60 per cent of all Musang King exports from Malaysia. Demand is high in China, where the fruit can fetch up to RM400 a kg. In the first half of 2020 alone, Chinese imports of Malaysian durians were valued at US$40 million (S$54.5 million).

Going by RPD’s estimates, the lands currently in dispute can produce up to 11,000 tonnes of durian during a good harvest year. With no state support, the farmers had carved out their own roads up the hills, as the Musang King thrives at an altitude above 350m.

While a large majority of the farmers are Chinese, there are also 500 Malays from over 100 families that work these lands.

“This is not a racial issue. The farmers all work together and we don’t have a race issue with each other. Why turn this into one?” Malay farmer Mohamad Nizam told ST.

Fellow farmer Khairul Zairi asked: “The people don’t know there are Malays involved here too. The state land office is not blind, we have been planting here for decades. Why did they not give (the permit) to us? We have the proof of all our applications.”